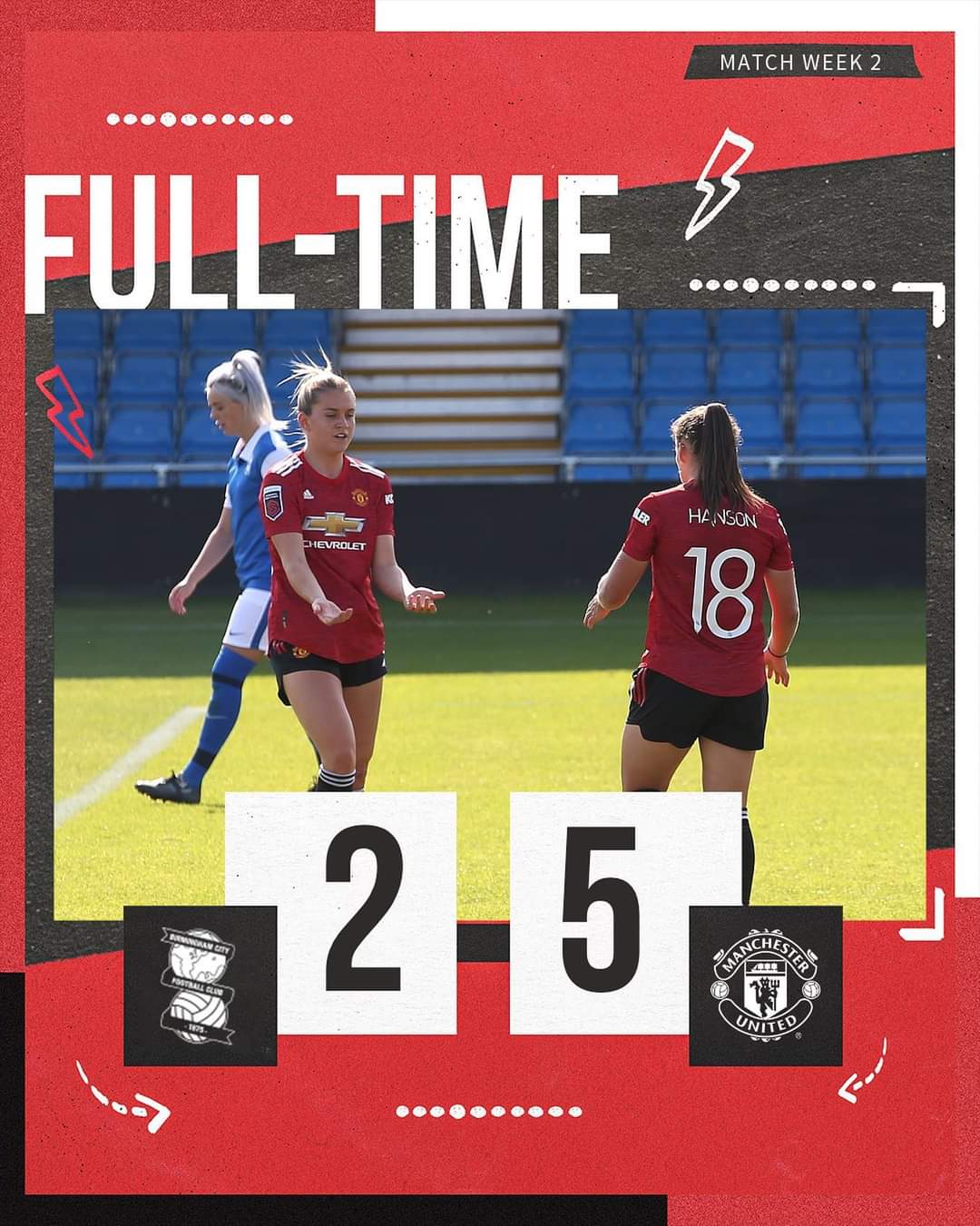 Manchester United women bounce back from a disappointing home draw against Chelsea in last weekend League opener to a 5-2 win away to Birmingham City.

Kristy Hanson late double ensured the margin victory was comfortable for the Red Devils ladies who are on their second season in the women top-flight League.

The Red Devils were in front through Jane Ross opener which was later overturned with a strike from Claudia Walker and an own goal by Abbie McManus for Birmingham City.

United levelled up before half time through Captain Katie Zelem free-kick after being fouled by former team-mate Molie Green.

Toone put United in front on the resumption of the second half before Kirsty Hanson took the scoreline to 5-2 with her two late goals.

Manchester United are Fourth on the log while Arsenal lead the Barclay FA Women Super League with points after two games.