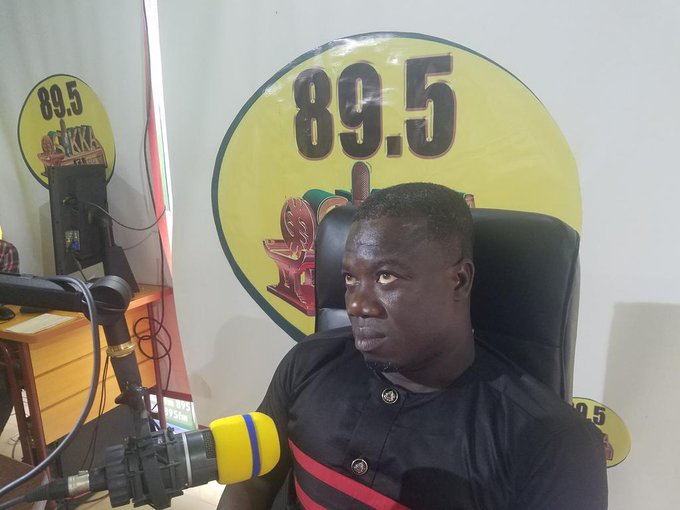 “You can’t do any other job whiles working for Kotoko as a management member, I know what I’m saying because I’ve been there before. It’s very difficult to work at the Kotoko’s communications department than to be a CEO” Chairman Solo told Ghana-Kumasi Base Radio Station OTEC FM.
It has been widely speculated in the last few weeks that Nana Yaw Amponsah has suggested Moses Antwi Benefo to the kotoko board for approval.

“P.J Mozay really qualifies for the position but the timing and nature of his job won’t permit him. He may have issues with the media if he decides to keep every news for the station and through that the management may collapse, we’ve experienced some before. I suggest he should be given a different role in the management” He added

Moses, was recently confirmed my Nhyira fm in kumasi as the host of Nhyira power sports.

“How can Moses Antwi Benefo ‘P.J Mozay’ promote a Kotoko game and at the same time be on the air as a host?” He quizzed