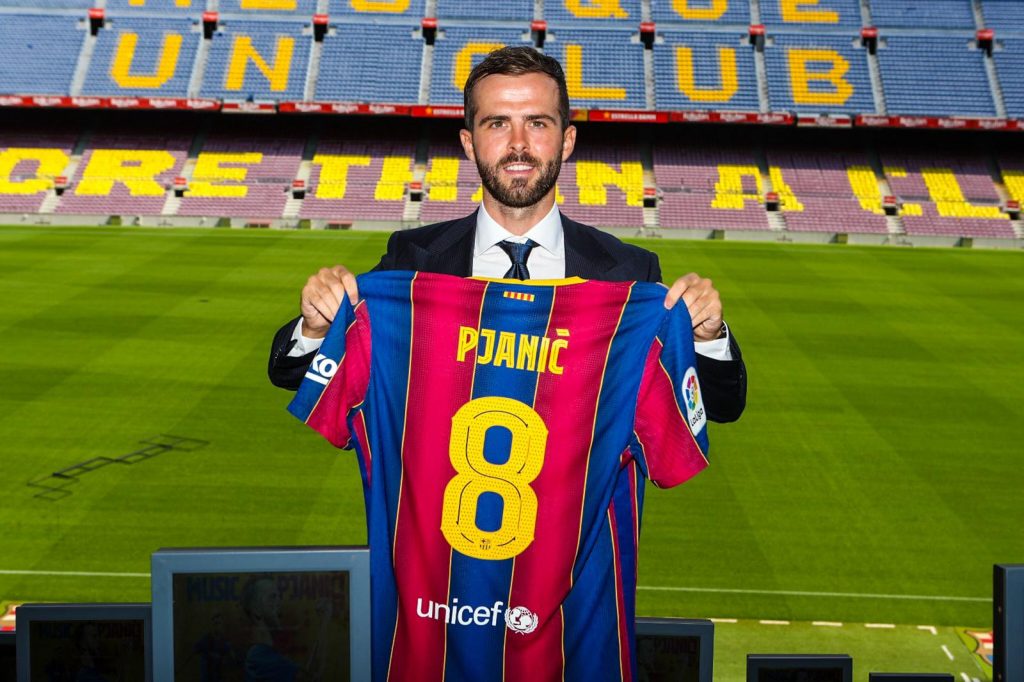 Barcelona have unveiled new signing Miralem Pjanić ahead of the La Liga season.

The Catalans signed the midfielder from Juventus in June this year but the player was due to arrive at Camp Nou at the end of the season.

Pjanić touched down in Spain and has been outdoored to the public as the new arrival at the Club joining Portuguese Francisco Trincão as their latest signings.

The 30-year-old was involved in a swap deal after the Spanish giants offered Arthur Melo the Juventus.

He will don the number 8 shirt at the Club and will be with the former Champions at least for the next four seasons.

New manager Ronaldo Koeman is trying to build his team due to the Club’s latest crises.