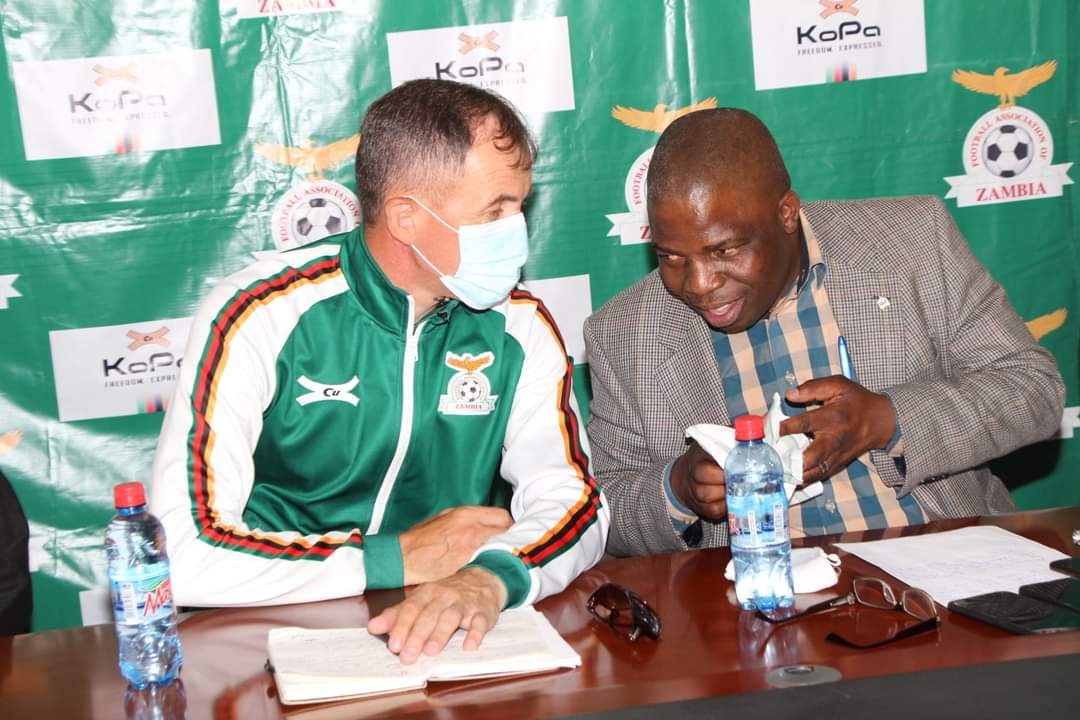 The Football Association of Zambia (FAZ) has lined up two international friendly matches against South Africa and Kenya next month as part of preparations for the back-to-back Africa Cup of Nations qualifiers against Botswana in November.

FAZ General Secretary Adrian Kashala told a media briefing on that the two fixtures were part of the plan to ensure that the Chipolopolo got strong tests as they prepare for the 2021 African Nations Championships (CHAN) and the Cameroon 2020 Africa Cup of Nations.

“Before we play the games against South Africa on the 11th (October 2020) and Kenya on the 13th of October, we are still looking at possibilities of getting another (international) friendly match at home between October 5-9 on request from the technical bench. We realise that we cannot go in and play South Africa without testing the waters at home first, so we want to prepare our team adequately back home before we fly into South Africa,” said Kashala.

“We are looking at the period between 5th and 9th October so we want to make sure that we maximise the FIFA window that is running from 5th to 14th October to ensure that we prepare for our games.”

And Chipolopolo coach Milutin ‘Micho’ Sredojevic has revealed that the next 365 days will be ‘a moment of truth, a test of character and measurement of values for the new Chipolopolo.’
“You can’t dry today’s laundry with yesterday’s sun. You can’t go back and change the beginning. We have already lost two matches (qualifiers against Algeria and Zimbabwe) but you can start where you are and change the ending. We want in the remaining matches against Botswana, Algeria and Zimbabwe to be like suicide bombers and qualify the nation,” said Micho.

Micho said using the ART (Accountability, Responsibility and Transparency) approach, the technical bench will communicate programmes and ensure that all players called to the national team will serve the Chipolopolo for the benefit of the country.

He also revealed that the Chipolopolo will enter residential camp on 25 September to prepare for the CHAN and also assess the readiness of unattached professional players who will be joined by foreign-based players on 5 October.

“We have looked at seven players playing in Europe and only six playing in Africa that could extend to 15 or reduce to eleven but we need to assess and decide because we need to look at the sport aspect of the game and take away the losing mentality in the team,” said the Serb.

“We don’t want just to play football but to play good, organised football and to do that, we need to be theoretically aware and mentally strong and this will be the time to bond the players together for the national duties to give extra effort because we are not in the right situation to speak big and let the words talk instead of us,” said the man fondly referred to as the Serbian Wolf.
Zambia has played Botswana in November in back-to-back Group H Africa Cup of Nations qualifiers and also be part of the CHAN in Cameroon in January 2021.