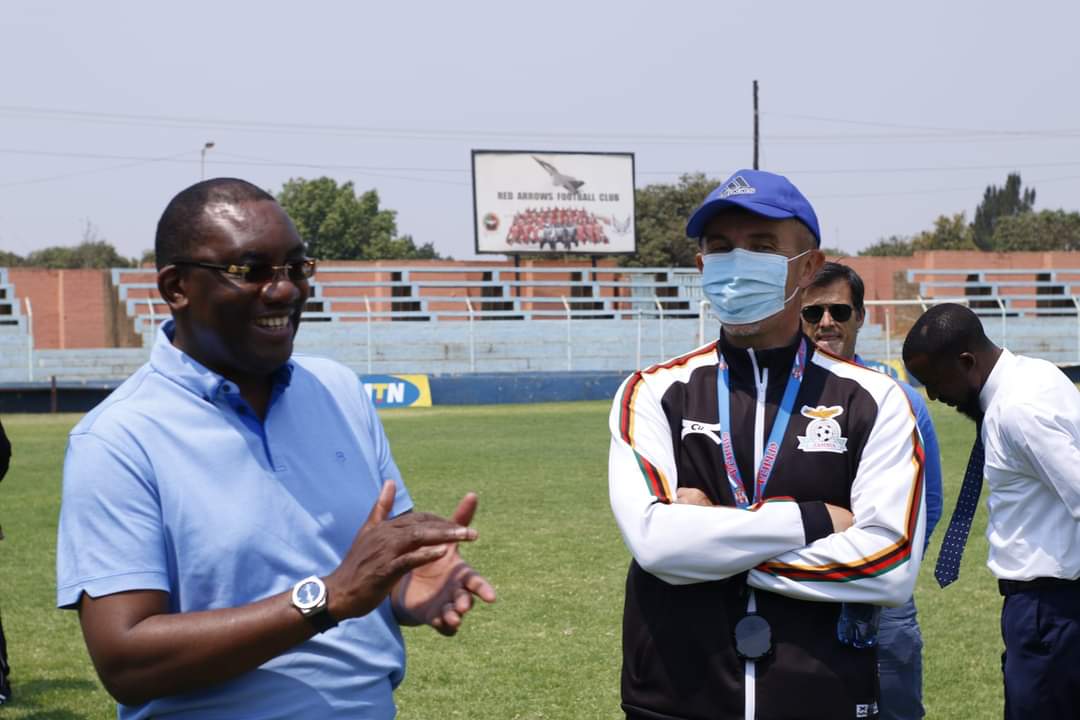 Speaking after watching the Under-15 national team from the stands, Kamanga, who signed the cooperation agreement on behalf of FAZ with his Croatia counterpart, Davor Suker in 2019, described the partnership as a perfect example of stability and long-term development.

Kamanga said the agreement is well-placed as it is intended to provide a platform for young players to find their way to senior national teams, as well as offer technical expertise in the development of the Zambian.

“The partnership is very strategic and it fits in with our 10-year strategic plan of building from the bottom going up and in the Croatia partnership, we are also likely to get additional support in setting up of the FAZ coaching school because their coaching school is organized,” Kamanga said.

“For the first time we are going to treat coaching as a professional career and we will see different coaches trained over a long period of time in different age groups, which I think will go towards enhancing the value of our game.”

And the FAZ president hoped such a unique opportunity to play in the eight-team tournament will provide inspiration on the young players as they seek to become professional footballers in years to come.

“We see this as a good sign that our young players are being given the right opportunities. So even this group, we expect that some of them will make it and be motivated by the likes of Patson Daka and Mwepu so that they can also aim high,” he said.

Meanwhile, the Chisi Mbewe drilled boys wrapped up preparations for the Vlatko Markovic Under-15 international tournament with a 2-2 draw against Barcelona Academy at Nkoloma stadium.
Zambia scored their goals through Thomas Mwambazi and Emmanuel Mutale after they went behind from a brace by Lawrence Daka.

The team leaves for Croatia on Saturday, and are expected to make a stopover in Egypt where they are expected to play Zamalek in a friendly match ahead of their first game against Northern Macedonia on Wednesday.