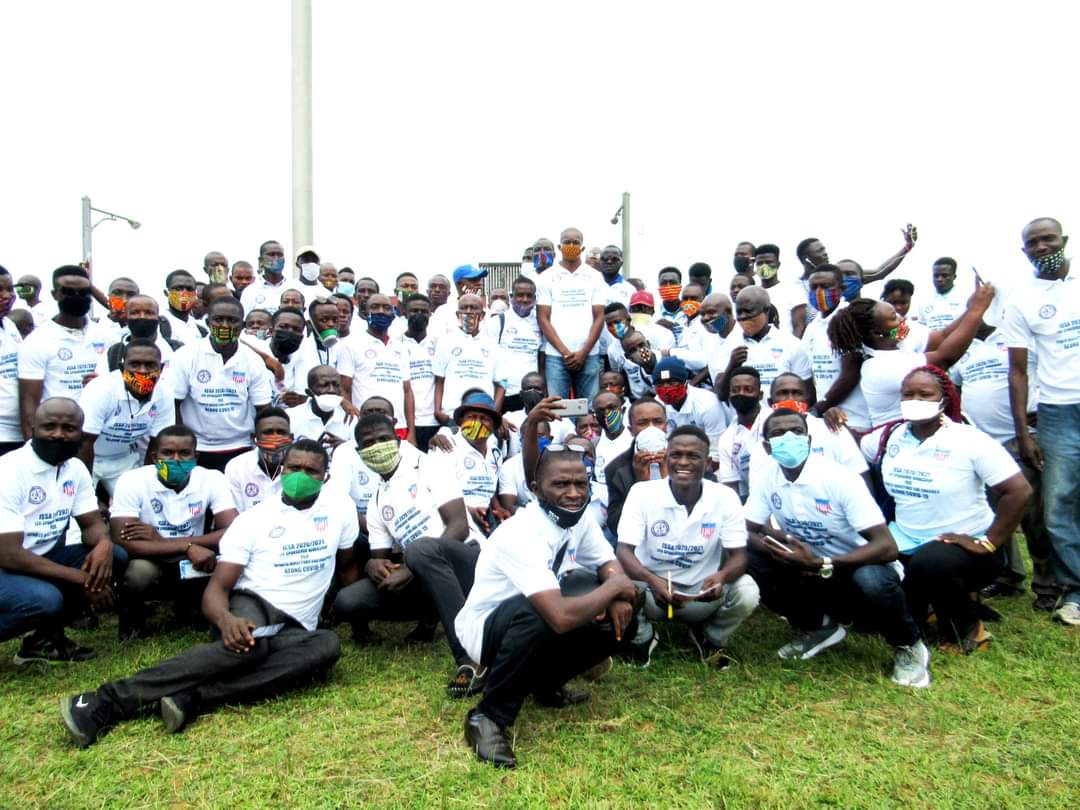 The Liberia Football Association (LFA) President Mustapha Raji says funds sent by FIFA and CAF will be used for the development of football.

Raji said the LFA will uphold its vision to rebuild football at all levels in order to create and sustain an impact internationally.

He said the need to develop grassroots and women’s football can’t be overemphasized.

Raji was speaking at the start of nationwide training for sports directors, zone coordinators and coaches on Covid-19, coaching methodology for grassroots football and the amendments made to the laws of the game ahead of the 2020/2021 academic year.

The training are being conducted by the Inter-School Sports Association (ISSA) with support from FIFA Covid-19 relief fund.

Raji said the executive committee approved US$18,916 to be used by ISSA and LFA for a school football league when FIFA transfers the remaining US$500,000 from the relief fund in January 2021.

The first portion of US$1,500 is being used to fund the training in five counties.

“We can’t commence the league now because some of the schools just reopened. All students have not resumed regular classes. So we will work with ISSA to ensure that we have our school football program running in all zones,” said Raji at the William V. S. Tubman High School in Monrovia on 5 September.

“Today, women’s participation in football is low. We are happy and grateful that there are women, who are heads of zones in ISSA. We want to see more women as coaches, referees, administrators, match commissioners, statisticians and ball escorts. So we will have tthe raining to increase the number of women in football.

“Let’s use the schools to encourage girls to play football. Let’s use football as a tool to take our kids from the streets and bring them back to the schools and strengthen our school league,” Raji added.

He called on ISSA to decentralize their activities, especially to the leeward parts of Liberia.

“So we want to see a new school football league, with responsible and professional players, who will be groomed by professional coaches that can move from our youth to national teams.

“Tomorrow, one of you will be the national team head coach. You can be one of the leaders of the women’s national teams. You could transform our football. So we appeal to you to pay more attention, gain knowledge and ask all the questions,” Raji concluded.

The training will continue in Bong on 19 September, in Nimba on 23 September and Grand Bassa Counties on 26 September, having been held in Margibi County on September 12.

Zepu revealed that it was the first time has ISSA received such support from the LFA and promised a holistic inclusion of female football in ISSA next year.

“ISSA is united with the help of the LFA and we are grateful to President Raji for that. We had a pilot project of four schools taking part in a tournament at the ATS.

“We will continue that program in the next competition so that the clubs and LFA will be able to gather athletes, who will be promoted at various levels and will be able to represent Liberia continentally and globally,” said Zepu.