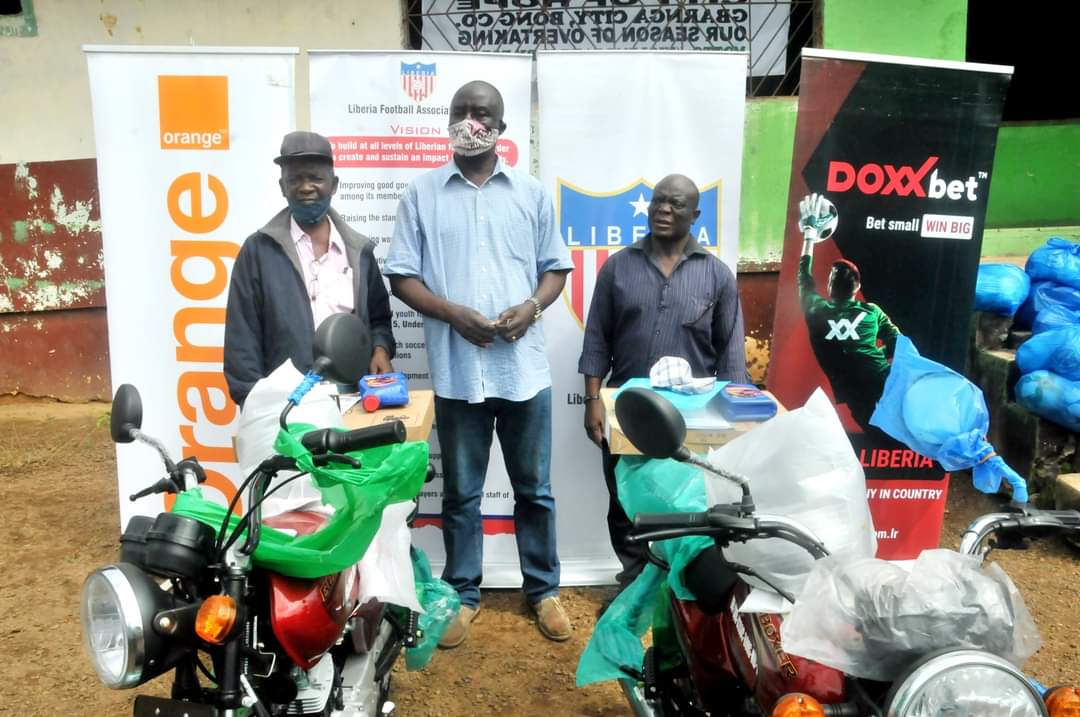 The Liberia Football Association (LFA) has presented logistical and footballing materials to the sub-associations in Bong and Lofa Counties.

Bong got 70 footballs (10 footballs per club) for seven accredited third division clubs and 10 footballs for the sub-association.

LFA Vice President Sekou Konneh, who had a meeting with the clubs and sub-associations, hopes the materials, especially the motorcycles, will make the administration effective and efficient.

“We are giving you everything, especially cameras so that you can make your reports with pictorial evidence. We hope the bikes will help you to navigate those bad roads,” said Konneh, who was flanked by ELBC sports producer Kolubah Zayzay, who is also a member of the LFA committee on sub-associations and sub-committees.

Responding, the sub-associations thanked the LFA and promised that the logistics will be properly used and maintained.

“I came under the strenuous condition to reach here. And in the history of Lofa County, this is the first time for us to receive such an award, which will at least, help us to come to the central office and to get back.

“Mr Vice President, I appreciate what you have done today and I pray that you take this message unto the president. Tell him to thank you [and] that we will do everything in our weak way to make sure that Lofa will come out as number one in the national third division play-off,” said sub-association chairman Arthur Jallah.

“We believe that the field [David Kenyon sports pitch] that will be given to us will benefit the people of Bong County because it will be equipped up to international standards. We pray that all of what you have brought will be used for the intended purpose,” said Fredericks.

This is the fifth presentation since the executive committee passed a resolution to empower the sub-associations with logistical support, which was endorsed at the 24th ordinary congress on 12 June.

Margibi County took delivery of their support on the sidelines of an LFA Connect System training for third division clubs at the Roberts international airport in Harbel on 22 August.