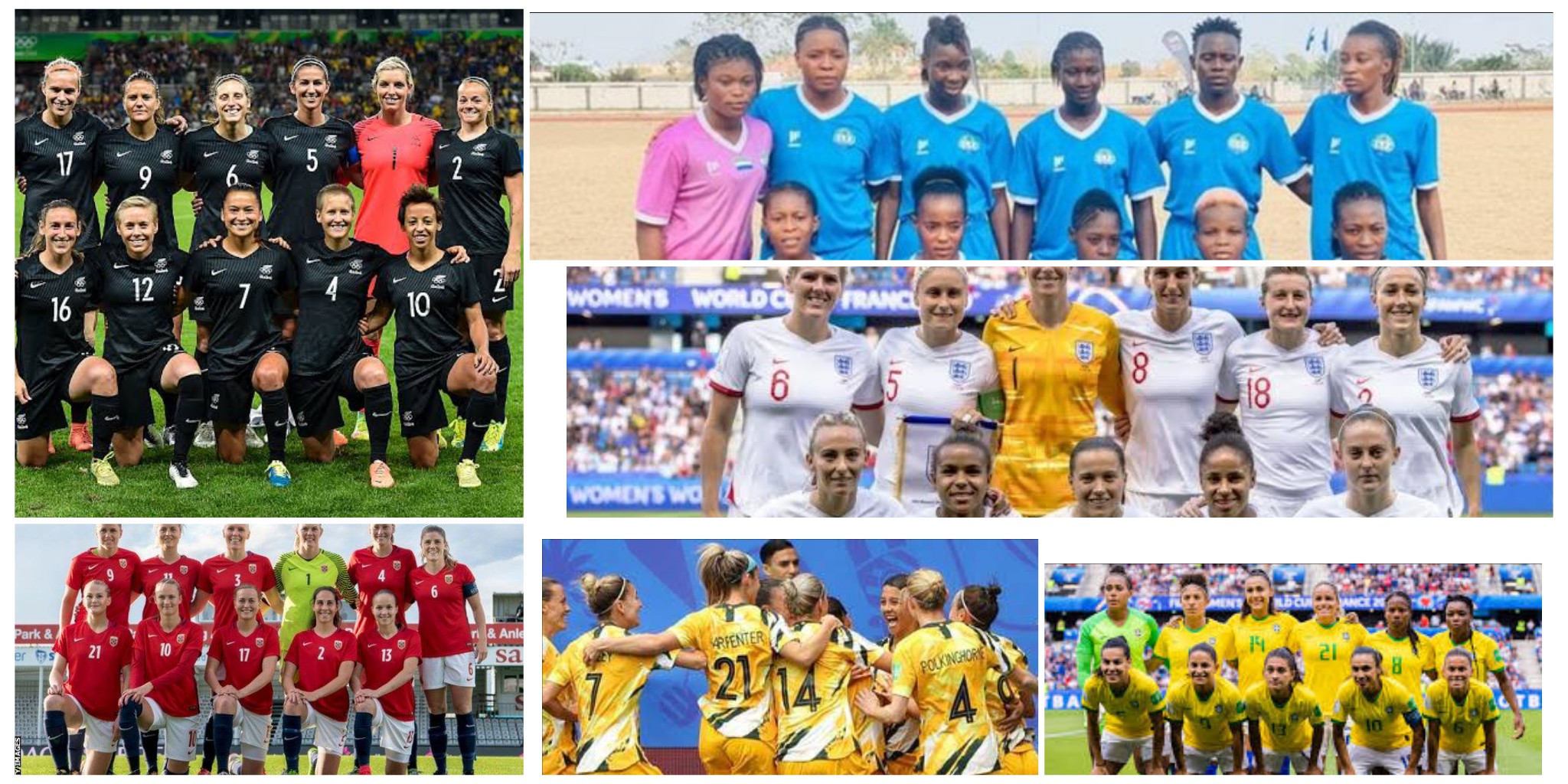 Gender equality has always remained at the forefront of public discourse for the longest of time, which is not left in the game of football. The disparity between the two genders in the game of football is there for all to see but slowly and steadily things are changing for the good with the announcement of equal pay by some Football Association across the globe.

Recently, some FA has announced equal pay for both their men and women national football teams with the latest being the Sierra Leone FA.

Below is the list of countries that have announced equal pay for both Male and Female Footballers.

The Norwegian Football Association were the first to announced that their women’s national team will now be paid the same as their men’ side in 2017.

They are the first national FA to have devised an equal pay deal, just a few months after Lewes vowed to do the same for their semi-professional players at The Dripping Pan.

After Norwegian took the bold in steps in 2017, Australian soccer’s governing body follows suit in 2018 by announcing what it calls a landmark agreement with the players union to close the pay gap between the men’s and women’s national teams.

The men’s team, the Caltex Socceroos, and the women’s team, the Westfield Matildas, will receive equal shares of total player revenue as part of a four-year deal between the Football Federation Australia and the union, Professional Footballers Australia.

In 2019, New Zealand’s joins Norway and Australia As the New Zealand national soccer program announced that it will guarantee financial parity between its men’s and women’s programs.

The women’s team, the Football Ferns, who are ranked 20th among women’s national teams, will receive the same pay, prize money share, rights for image use, and travel budget as the men’s team according to the FA.

Brazil was not left in the Equal pay rights as The CBF in September 2020 said they have equalled the prize money and allowances between men’s and women’s football, which means the women players will earn the same as the men.

This Makes Brazil to be the fourth nation after Australia, Norway and New Zealand who pay their men and women the same amount.

Why celebrating the achievement of the football governing body bodies, The England FA says they have been paying its women’s players exactly the same as their male counterparts for representing England, both in terms of match fees and match bonuses.

This parity has been in place since January 2020 according to the English FA.

Not putting the Africa continent on the dark spot, The Sierra Leone FA recently through commitment by the Sierra Leone government in conjunction with the football association announced equal pay for the Male and Female National team which covers appearance fees and winning bonuses.

The new measures have even been backdated for the women’s team who have been paid $2,000 each for participating in this year’s maiden West African Football union (Wafu) Zone A tournament on home soil.

This latest deal is especially significant, coming at a time when women’s national teams are standing up and demanding more from the shirt they pull on, and the countries they represent on the international stage.