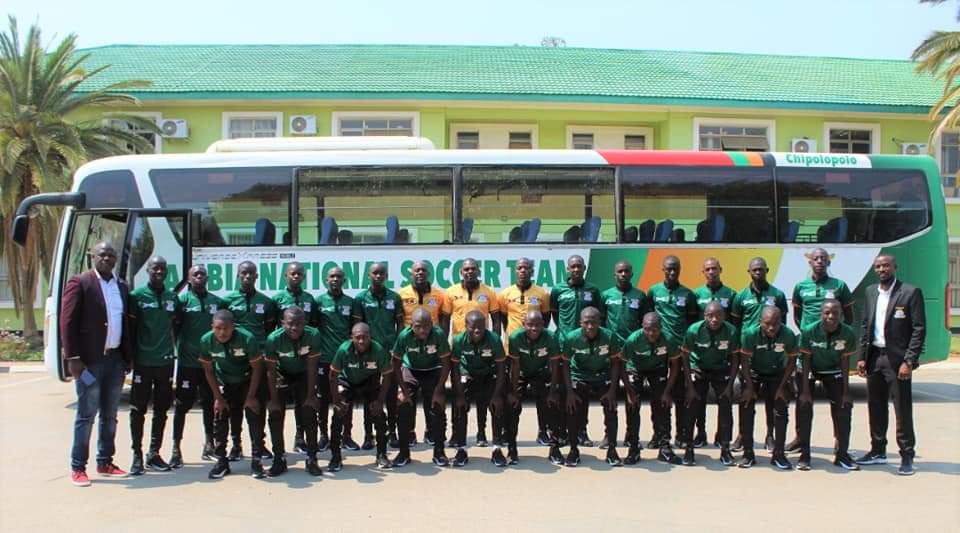 The Zambia Under-15 national team has left for Croatia to take part in the second edition of the Eight-Nation ‘Vlatko Markovic’ Invitational Tournament.

Speaking before departure at Kenneth Kaunda International Airport in Lusaka, Mbewe declared his 23-member squad ready for the first international tournament since the team was assembled after a countrywide national selection process.

“I would say this is the first step for these young boys to compete in this Under-15 competition. I believe that in the way we have prepared, the boys will do their level best,” Mbewe said.

“I feel we should also train these guys to compete and be able to have a winning mentality all the time so that it also sticks in their DNA as they are growing.”

“But again, we always emphasize when we are working with the Under 15 – our main focus is in developing the players,” he added.

The team will make a stopover in Egypt where they will play young Zamalek in a friendly match, which Mbewe has described as a mother of all friendlies.

And speaking when he saw off the players, FAZ president Andrew Kamanga said his executive was thankful to the young players’ parents for releasing them for this tournament.

“On behalf of the FAZ executive, I would like to thank the parents for allowing their children to travel particularly that we are having the tournament under difficult conditions with COVID-19 around us. So hats off to the parents and as FAZ we will continue relying on their support,” Kamanga said.

“To the boys, we hope that your journey will be successful and you will also succeed in the tournament because we remain confident that you are going to represent the country well.”

“We wish you a safe trip and enjoy yourselves at the tournament. Don’t be too scared, you can make mistakes but it’s a learning process for all of you,” he added.

Zambia will start their campaign against North Macedonia on 23 September before facing Bosnia and Herzegovina the following day.
They will wrap up their Group B run against Romania on 25 September 2020. Other countries participating in the tournament include hosts Croatia, Qatar, Montenegro and Bulgaria.