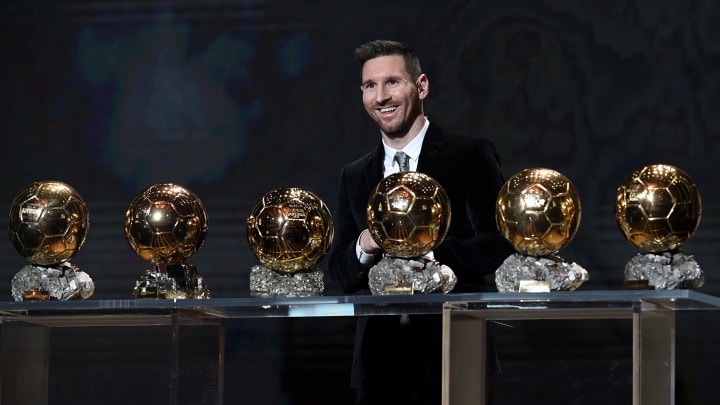 For the first time in its history, the Golden Ball “Ballon d’Or” will not be awarded for the 2019/2020 season due to COVID-19. The magazine France Football, which awards the prestigious award each year to the best men’s player and the best women’s player of the year, had to resolve to cancel its award because of this deadly pandemic which has distorted the season.
There were several contenders for victory with players who either won their championship, finished top scorer and/or passer, or even won cups including the famous Champions League.

Our editorial team had selected these contenders on the basis of a scale of points totally at our own discretion (which you can find elsewhere with the detailed table).
And the result is very much in line with the 2019/2020 season, certainly truncated, not to say bizarre, and which will have seen the undivided domination of Bayern Munich over Europe.

It is without any surprise that Robert Lewandowski is designated Ballon d’Or 2020 by ZoneFoot editorial staff with 71.5 points, well ahead of Parisian Kylian MBappé with 46.5 points, and the podium is completed by Thomas Müller with 44.5 points. Lionel Messi is fourth with 40 points, he saves this ranking on his own talent and Barca’s mediocre season had a significant impact on his final score.
Serial goalscorer Cristiano Ronaldo (35 goals but with 12 penalties) is fifth with 37.5 points, ahead of Champions League finalist Neymar Jr. by a short header for a point and a half.
We find Karim Benzema in seventh place in our ranking thanks to his very successful season with Real Madrid.
Mohamed Salah is eighth, 1 point behind Benzema with 32.5 points and, Sadio Mané, the other Liverpool player closes our ranking with 29.5 points.

In conclusion, logic is respected in view of this season which will remain in the annals of world football like the COVID-19 season. A pandemic that has emptied the stadiums and put people back at the center of our world’s priorities. And all football clubs, especially the players, have seen how playing in empty stadiums totally skews the game and takes away all the magic that makes football a sport apart.
Our ranking, although based on a scale of points that could be challenged in its construction as well as in its point distribution logic, sheds light on the individual performance of the players who could have claimed the ultimate trophy this year.