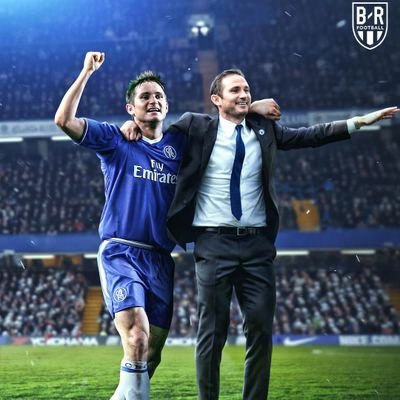 Frank Lampard says it is important for the Premier League to support EFL clubs financially as some continue to struggle during the coronavirus pandemic.

The Premier League and EFL are in talks regarding a support package after Rick Parry, chairman of the EFL, warned that Championship, League One and League Two clubs will lose a combined £200m if the 2020/21 season takes place entirely behind closed doors.

Leyton Orient owner Nigel Travis told Sky Sports News that scenario would lead to some clubs going bankrupt and added to the calls for EFL clubs to receive help.

EFL sides suffered a further blow on Tuesday due to the government’s latest measures aimed at tackling the spread of coronavirus, which prevent supporters from attending matches. Clubs had planned to admit some fans from October 1.

In light of the circumstances, Chelsea head coach Lampard – whose side paid for Championship club Barnsley to be tested for coronavirus ahead of their Carabao Cup game at Stamford Bridge on Wednesday – said: “I think it’s important that the Premier League as a collective looks at supporting the EFL, the leagues below and grassroots football, absolutely.

“That’s the base of why we’re all here. I started and [a lot] of the young players started in Sunday league football. I’ve managed in the Championship. I understand a lot of the difficulties clubs are having, so I think there certainly can be a conversation.

“I can’t go too political because I don’t know enough about the numbers, but I do think clubs in the Premier League and the Premier League themselves have a heart. They understand and I’m sure as we move forward they will be making positive moves on that front.”

However, Burnley manager Sean Dyche – speaking before his side take on Championship club Millwall in the Carabao Cup on Wednesday – was less enthusiastic about the prospect of Premier League clubs offering financial support lower down the leagues.

He said: “If the Premier League can do their bit to enhance the chances of other teams surviving, and when that is needed, possibly they’ll step in.

“There’s lots of different businesses out there making huge sums of money that could therefore protect similar lines of business, but lower down. If you are going to apply it to football, I think you have to apply it across the country to everyone and every business.”

Barton: No fans, no football
Fleetwood head coach Joey Barton believes EFL clubs must be able to welcome supporters back into their grounds in order to survive.

He told Sky Sports News: “Without fans, we won’t have football, certainly at our level [League One], League Two, National League and more.

“If we don’t get fans back in the stadiums, it’s not going to be long that clubs can survive without the revenue because they’re absolutely vital.”

Leyton Orient owner Nigel Travis added: “If the fans don’t come back, there is a strong danger that clubs will go away.

“I think we will be fine – we will make sure we are fine – but there is a lot of clubs really struggling and will struggle even more. Everyone needs support.

“This is a pyramid. It’s a pyramid that produces players to the very top. Football is the most attractive sport in the world, the biggest in the world, it’s great for TV, great to take people’s minds off coronavirus, but clubs like ours and many others need support.”