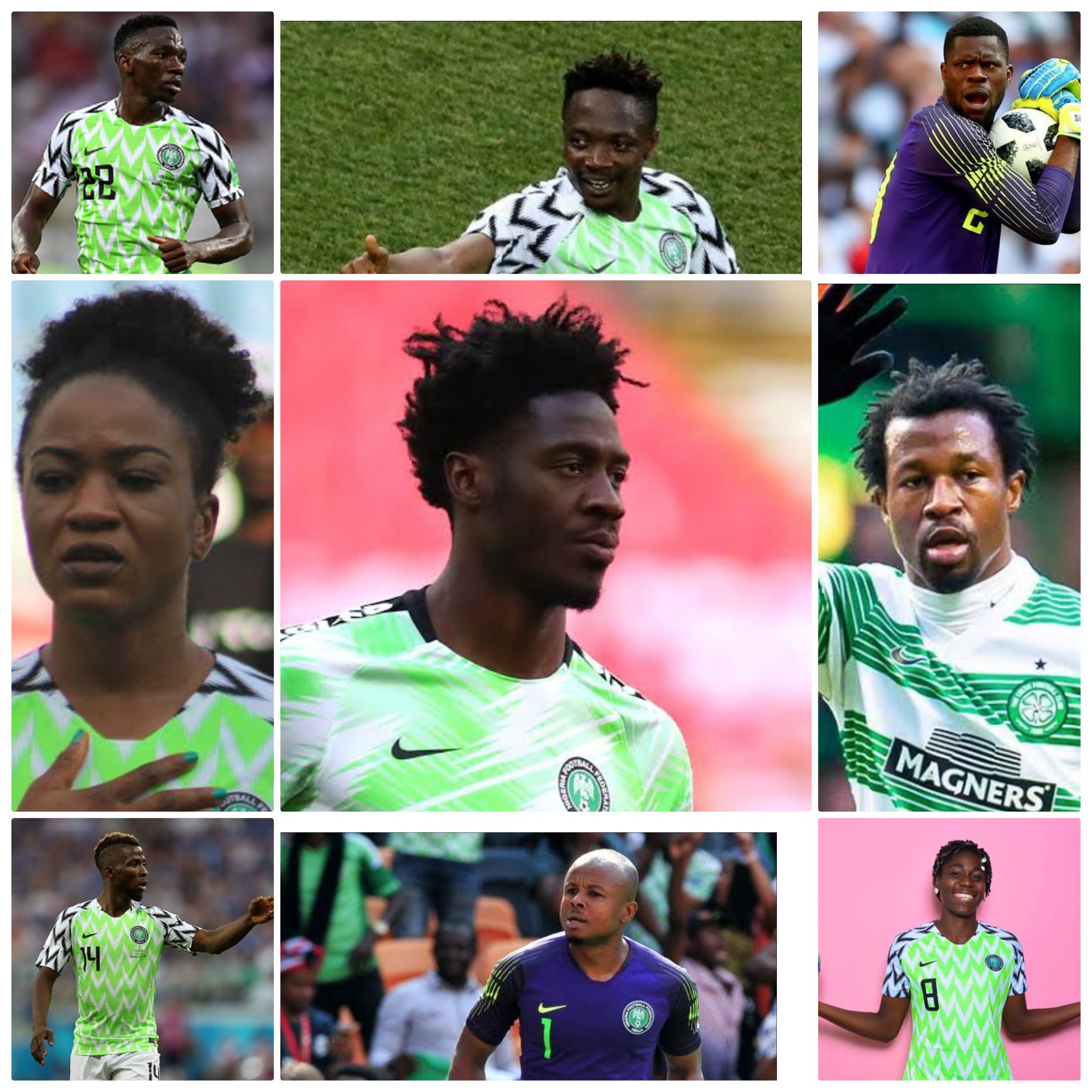 The Federal Republic of Nigeria is celebrating her 60th year of Independence today 1st October 2020 from the British.

While the celebration still going on, we take a look at some Nigerian footballers who were born on Nigeria Independence month.

He has made appearances for Manchester City, as well as the Nigeria squad that won the 2013 FIFA U-17 World Cup and the Nigeria U-20 team at the 2015 FIFA U-20 World Cup.

Temitayo Olufisayo Olaoluwa “Ola” Aina was born on the 8th of October 1996.
The 23-year-old currently plays as a wing-back for Premier League club Fulham, on loan from Torino, and the Nigeria national team.

The striker was born on 9th of October 1994 who currently plays for Spanish side FC Barcelona Femení in the Primera División as a forward.

She was named best player and was the highest goal scorer at the 2014 FIFA U-20 Women’s World Cup.

She was also named best player and second top goalscorer with the Super Falcons team and currently holding the title of Africa Women player of the year award.

Ahmed Musa was born on the 14th of October 1992, the former Kano Pillars player currently plays as a forward and left winger for Saudi Arabian team Al-Nassr and the Nigeria national team.

Musa became the first Nigerian to score more than once in a FIFA World Cup match, after scoring twice against Argentina in the 2014 FIFA World Cup.

Musa is also the first Nigerian to score in two FIFA World Cup competitions, after scoring twice against Iceland in the group stage of the 2018 FIFA World Cup.

Musa was a member of the Al-Nassr squad that won the Saudi Premier League and Saudi Super Cup, both in 2019

Ikechukwu Vincent Ezenwa was born on the 16th of October 1988 in Bayelsa state.

Ezenwa currently plays as a goalkeeper for Heartland FC of Owerri

Kenneth Josiah Omeruo was born on the 17 October 1993.

The 26 years old currently plays as a defender for Leganés in the Segunda División and the Nigeria national team.

Omeruo signed for Chelsea from Standard Liege in January 2012 and upon signing went on loan to Dutch top-flight side ADO Den Haag.

Then only 19, he impressed enough in the Eredivisie to earn a call up to the Nigerian national team.

Efe Eric Ambrose was born on the 18th of October 1988.
The 31-year-old plays as a defender for Livingston. Ambrose has previously played for Kaduna United, Bayelsa United, Israeli club Ashdod, Scottish clubs Celtic and Hibernian and English side Derby County.

Francisca “Franny” Ordega was born on the 19th of October 1993.
Ordega currently plies her trade in the Chinese League with Shanghai Shenhua in the Chinese Women’s Super League.

Francis Odinaka Uzoho another Nigerian goalkeeper was born on the 28th of October 1998.
Uzoho simply is known as Francis in Spain is a Nigerian professional footballer who plays for APOEL as a goalkeeper.