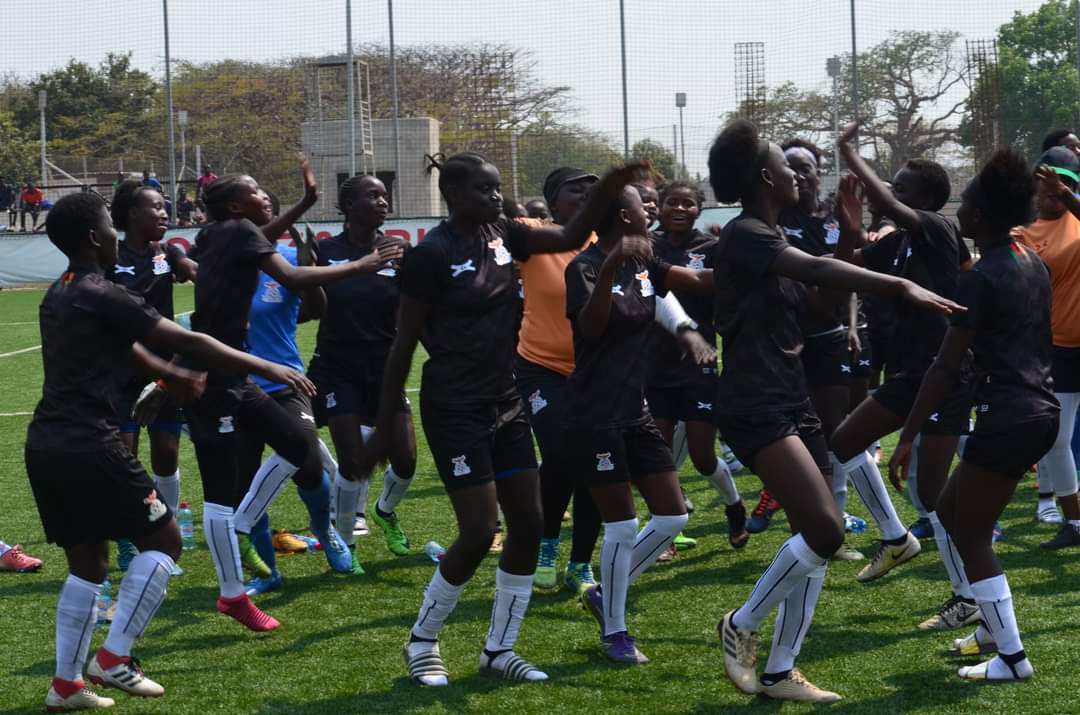 The Zambia under-17 Women National Team continues their preparation ahead of the COSAFA tournament as coach Kangwa Kaluba says his lasses have made progress in their preparation for the 2020 Cosafa championship billed for South Africa this month.

In an interview at Barca Academy where the team has been shaping up, Kaluba said the numbers had been reduced from 45 to 33 with the numbers expected to reduce farther after practice matches over the weekend.

“The girls are responding well and we are heading there now. The fitness levels have really improved and concentration,” Kaluba said.
“The morale in the camp is extremely high thanks to our leaders, we are receiving a lot of support. They are coming to see how the girls are doing which is very important for us.”

He added: “We have remained with 33 players and we are still dropping, the more we are going to have lot of friendlies the more we will reduce the numbers.”

Kaluba said the team would play some practice matches over the weekend to gauge their progress.

“”We will be having a friendly on Saturday with the Lusaka Dynamos Women’s team then from there we will be able to reduce the numbers,” he said.

The Cosafa under-17 Women Championship is tentatively set for October 15-25 subject to the covid-19 situation in South Africa where the tournament will be hosted.