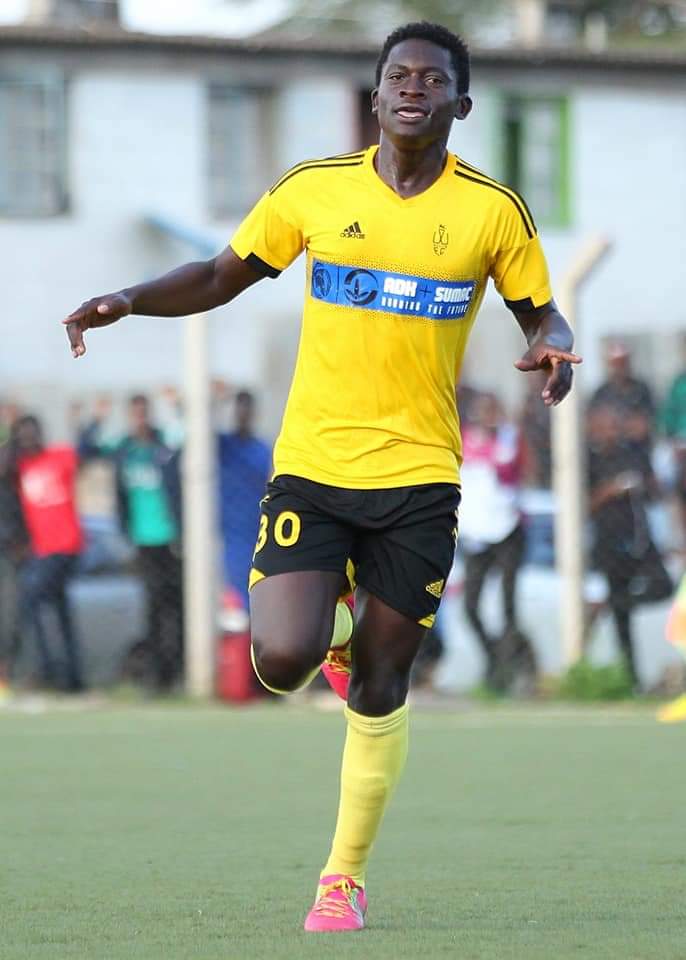 Teddy has becomes the second player to move to the ZSL from the Kenyan league after Tusker striker Timothy Otieno ditched the Brewers for Napsa Stars last month.
Osok, 23, was among the players axed by Wazito in July.
Former Wazito midfielder Teddy Osok has joined Zambian Super League (ZSL) side Kitwe United, Nation Sport can exclusively reveal.
The defensive midfielder, who moves to the Kitwe-based side on a one-year deal, is excited and looking forward to establishing himself at the club.
“I am obviously very happy to join Kitwe United. I have been here for a few weeks and the club has an amazing project that I am eager to take part in and help the club achieve its target this coming season,” He Teddy said.

Osok, 23, was among the players axed by Wazito in July and he admits he has gone through a rough patch but is happy to find a new lease of life at Kitwe United.
“I was very angry and depressed after what happened at Wazito and was almost giving up on football. I asked myself so many questions but Kitwe offered me an opportunity to try out with them and I am glad it worked out in the end,” Teddy said.
“I am eager to settle here, do my best and hopefully move to a bigger club in Africa soon,” he added.
Osok has previously played for Gor Mahia Youth, KCB FC, Sofapaka and Wazito. He is also capped by the junior National teams – Harambee Stars Under 20 and Under 23.
Kitwe United was promoted to the Zambian Super League (ZSL) this season alongside Prison Leopards and Young Green Eagles.
He becomes the second player to move to the ZSL from the Kenyan league in this window after Tusker striker Timothy Otieno ditched the Brewers for Napsa Stars last month.
The ZSL is home to a number of Kenyan internationals including the Zesco United quartet of Ian Otieno, Jesse Were, John Makwatta and David Odhiambo, Shaban Odhoji (Napsa Stars), Harun Shakava and Duncan Otieno (Nkana Fc) among others.