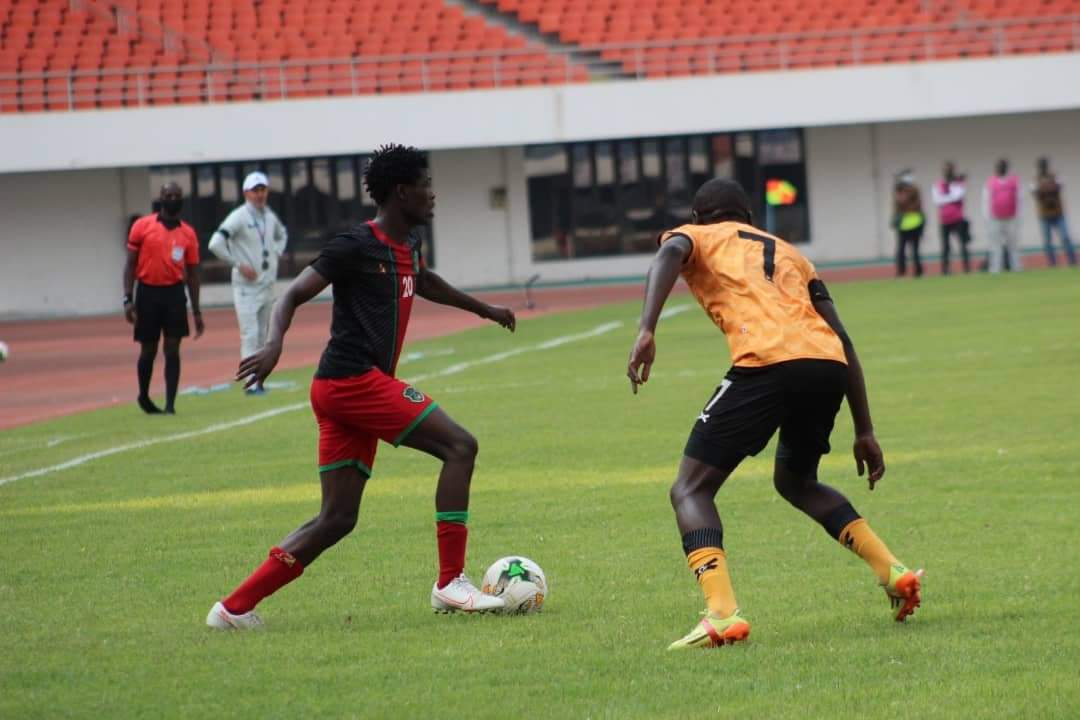 The Flames of Malawi coach Meck Mwase says the international friendly against Zambia has served its purpose despite losing 1-0 to Chipolopolo Boys.

An early goal from Collins Sikombe separated two sides after the striker found himself at the end of a long pass to beat Malawi goalkeeper Brighton Munthali in the 14th minute.

Zambia dominated proceedings and deservedly defended the lead. They perfectly denied Malawi space to press forward, forcing the Mwase side to play more back passes.

The Zambians proved even deadly on counter attacks and would have been three up if they took their chances.

Munthali came to the Flames’ rescue in the 33rd minute with a reflex save at the near post to deny Emmanuel Chabuya, who would have scored a beautiful team goal.

Moments later, Dennis Chembezi with a timely block denied Chabuya from taking a shot on the edge of the box for a corner kick.

Malawi also created some chances in the second-half. With their first attacking move of the game Orlando Pirates star Frank Gabadinho Mhango played in USA-based Yamikani Chester, who with long ball and laid it for John CJ Banda.

Mhango got on the return pass but his first time shot on the edge of the box went slightly over the bar.

Kaonga came close to grabbing an equaliser in the 65th minute, but his double kick from a rebound clearance of Gabadinho free-kick was denied by the cross bar.

Zambia defender Dominic Chanda also made a goal-line clearance after Gabadinho who was put through by Kaonga managed to chip it over an advancing keeper Jackson Kakutha in the 73rd minute.

However, Zambia held on to the lead as the hosts once again just like in March, humbled the Flames through the same scorer and score line.

In post match interview Mwase said: “A very good game considering that we are coming from a very long break. We knew it was going to be very tough. But we are happy because we are here to assess the players before we play the game against Burkina Faso.

“My assessment is that we are looking rusty. We lost control of the game. We couldn’t mark. Those are the things we have to work on. We had more of ball possession, yes that is what we wanted–keep the ball around us. But we couldn’t find the way forward to score.”