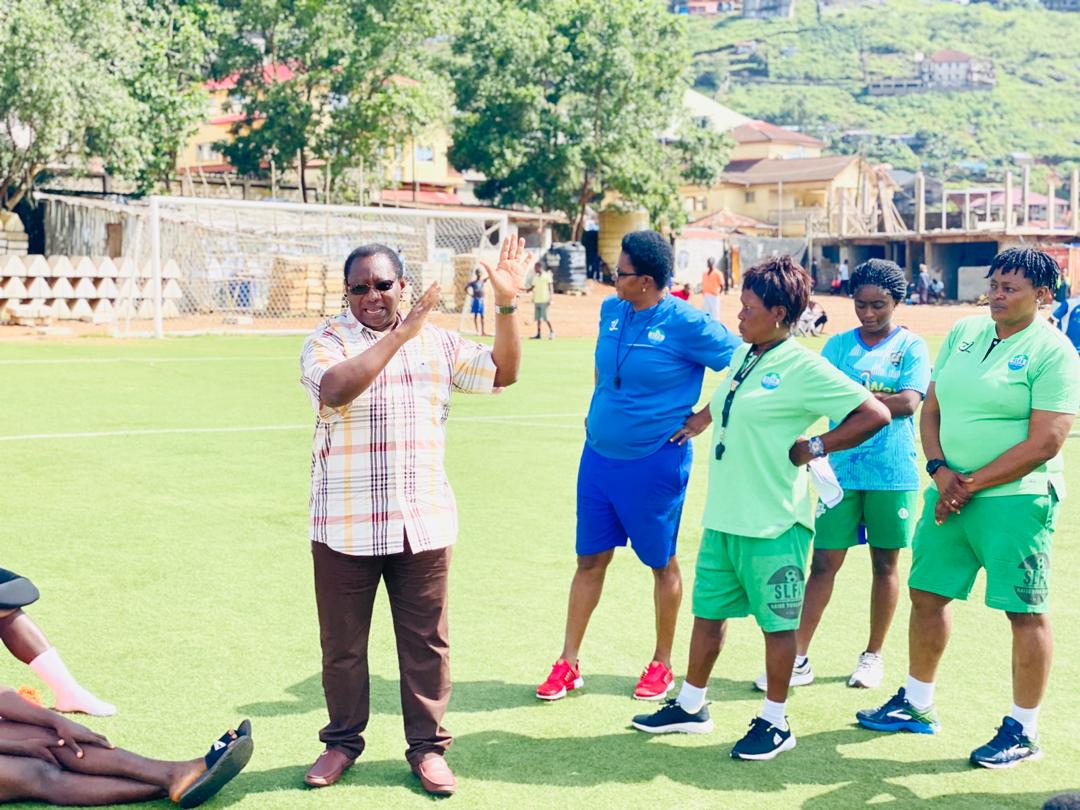 The Chairman of Women’s Football at the Sierra Leone Football Association *Mr. Harold Nat-Johnson* today visited the female National U-20 training ground to reassure the girls of SLFA’s impassible support as they gear themselves up ahead of the WAFU Female U-20 Tournament to be hosted in Cape Verde, November this year.

This assurance left the young players highly motivated and inspired to continue working relentlessly in actualising their dreams as football players.

Addressing the players after this morning’s training session at the S. S. Camp football pitch in Freetown, SLFA Executive Officer who doubles as Chairman of Female Football *Mr. Harold Nat-Johnson* encouraged the girls to *”continue the hard work”* and most importantly to listen to their coaches. *”Football is a game discipline. As players, respect for your coaches and colleagues is very key.”* Mr. Johnson said. *”Your hard work in these recent years is slowing changing the narratives in the country’s female football. Our female teams are no longer underdogs in the subregion as it used to be.”* He added.

The National Female U-20 teams trains twice everyday under the the direct charge of the Head Coach *Victotria Conteh* and her back room staff with technical support from Veteran Coach *Mr. Amadu ‘Rappel’ Kamara.*Lkkk