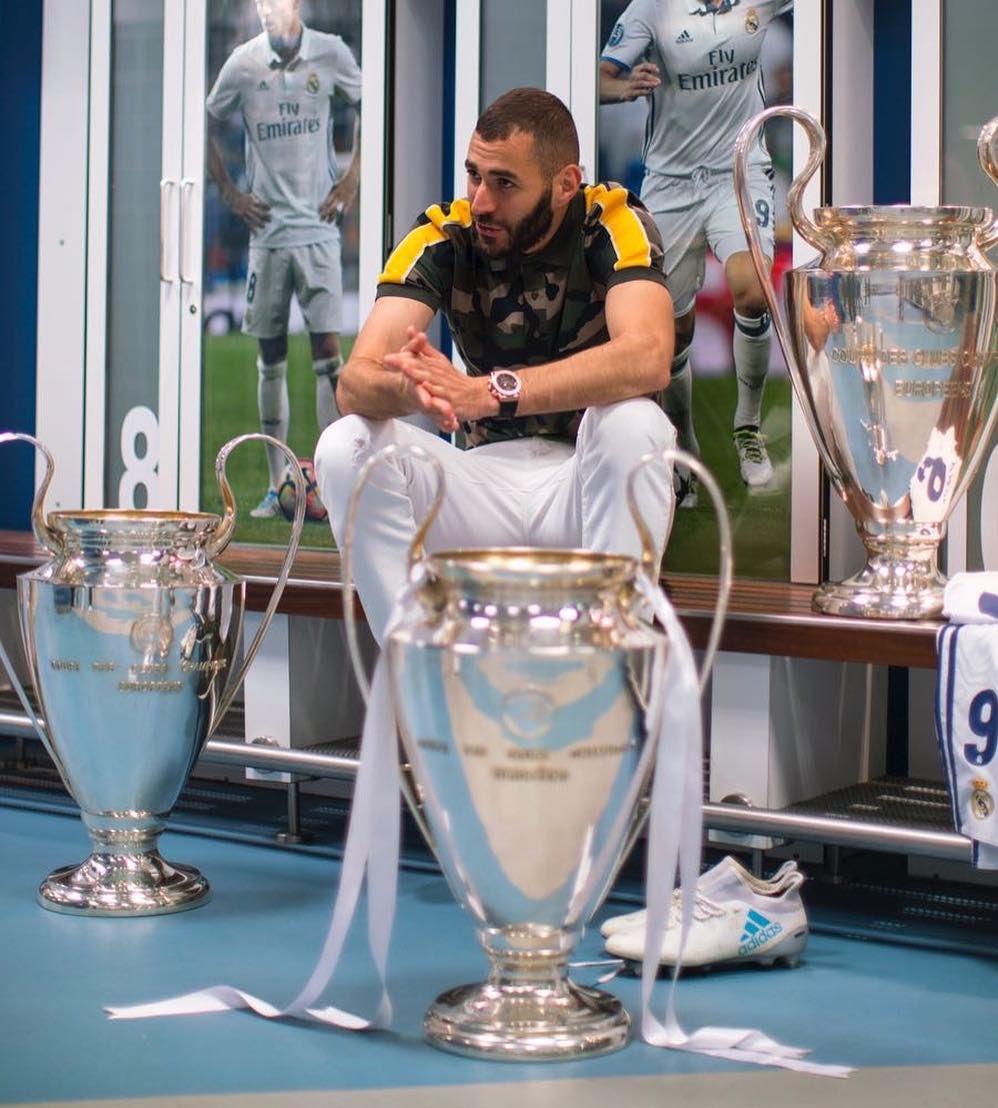 Karim Benzema has revealed the influence of Ronaldo Nazario on his career.

The French forward has carved out his own path at Real Madrid in recent years, but he admitted that none of that would have happened without the former Brazil frontman.

“I started watching football because of him.

“I looked at his movement and I tried to copy what he did.

“But there was no one like him, I looked up to him so much.

“Some players had his speed, but not the ball control and skill at the same time.

“People think he only scored goals, but he could do everything.

“Strikers need to know how to do a lot of things, not just score goals, and he was the perfect example.

“I learnt a lot from him and [current Real Madrid coach] Zinedine Zidane.”

Benzema went on to reveal the period of adaptation he had to undergo when he first joined Los Blancos from Lyon in 2009.

“I was very happy to sign, but I wasn’t ready mentally for everything that came with it,” he explained.

“The team, the people, the pressure…when I was at Lyon, I was protected from all that by the president [Jean-Michel Aulas].

“It’s a club that has won a lot of European titles and that has always had star players.

“It was very difficult, particularly given I was alone and spoke no Spanish.

“That first year was very difficult, as how you’re feeling off the pitch transmits to your performances on it.

“I was very young and I didn’t know the workings of the club.

“I thought I’d just go there and play.

Benzema began to contemplate a future elsewhere, but a visit from Florentino Perez changed everything.

“He came to my house,” Benzema said.

“I never thought he’d do that.

“When I saw him there, I forgot about the other clubs.

And Benzema revealed the sacrifices he had to make.

“He [Cristiano] was there to score goals, and I had to change the way I played for him, and put aside my own desire to score,” he noted.

The Frenchman now finds himself as a ‘third captain’ at Real Madrid, playing under Zinedine Zidane.

“He [Zidane] helped me a lot on and off the pitch, since he’s been coach and also when he was Carlo Ancelotti’s assistant,” Benzema stated.

“He keeps us calm, and he doesn’t shout and scream when we score, or when we concede.”

Lastly, Benzema gave his view on his continued non-selection by the French national team.

“I think any player wants to play for their country,” he said.

“I’ve never had an explanation; I think it’s all done higher up.

“The good thing is that I can just focus on my club football.

“It’s more the lack of dialogue with the staff there, despite my questions.

“But my life is Madrid now.”