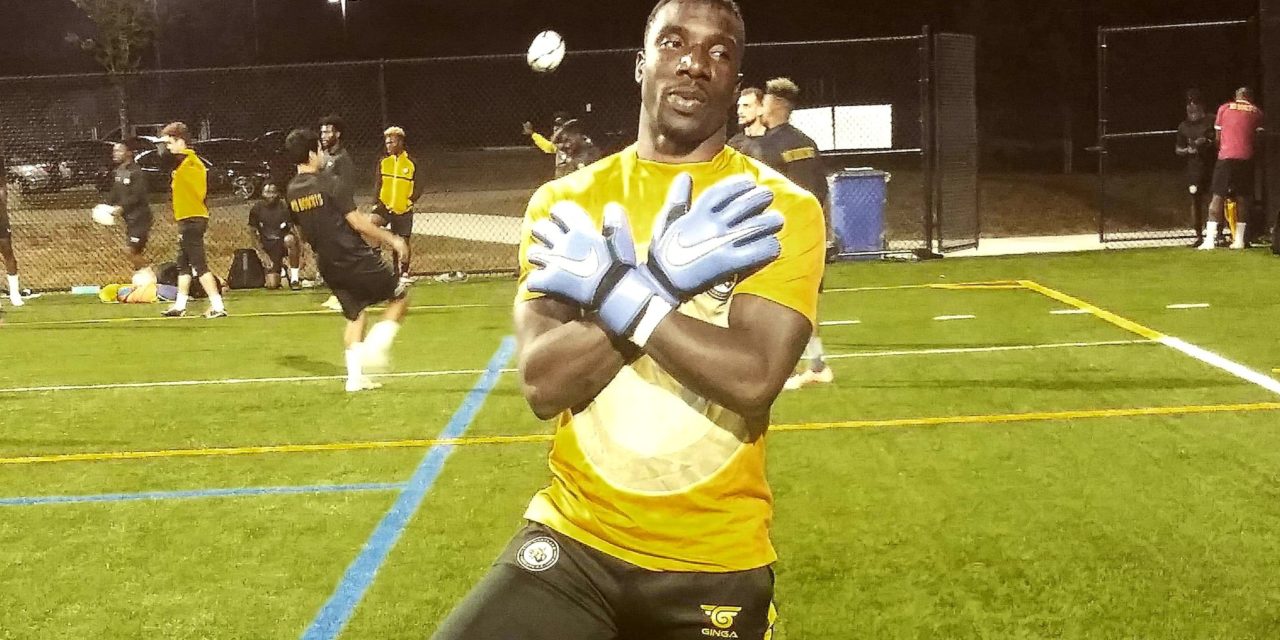 Former Sierra Leone first-choice goalie Christian Caulker has admitted that his door still open for a Leone Stars return.
Caulker, who plays for Maryland Bobcats in the USA, was among 15 players and officials suspended indefinitely by the Sierra Leone Football Association (SLFA) over allegations of match-fixing in July 2014.
Six-year on, he has maintained his innocent and has been waiting on the final findings of the investigation.

Speaking to FSL UK, Caulker acknowledged that the present situation is out of his hands, but he is a son of the soil, who will let bygone be bygone.

“It’s obvious, certain issues would need to be addressed before any possibility of my return to Sierra Leone A team but I’m devoted, ready to save my country at any given time.”

“It has been stressful the allegation of match-fixing, but I know I am not guilty, so if my country needs me, why not?”
“Representing my country again will be an honour as always.”

His last appearance for the Leone Stars was in 2013 in a 2-1 defeat away to Tunisia during the World Cup Qualifiers.

Before his suspension, Caulker, 31, has played 20 times for Leone Stars including a goalless draw with South Africa in 2008, the match was part of the match-fixing inquiry.

Meanwhile, Mauritania defeated Sierra Leone 2-1 in an International friendly at the Cheikha Boïdiya, Nouakchott on friendly.

The Leone Stars will continue their preparation against Niger on Tuesday ahead of the doubleheader against Nigeria next month.