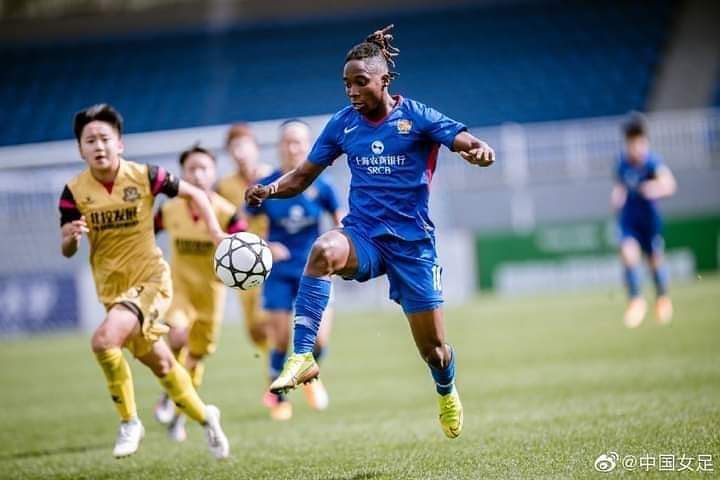 Barbra who joined the Chinese League this season scored an incredible 18 goals in her debut season to clinched the award from his fellow Africa team mate Tabitha Chawinga the last season top scorer.

The Copper Queens skipper wrapped up her season with a goal on Sunday as Shanghai Shengli beat Beijing BG Phoenix 3-1 in their third and fourth place playoff to win bronze.