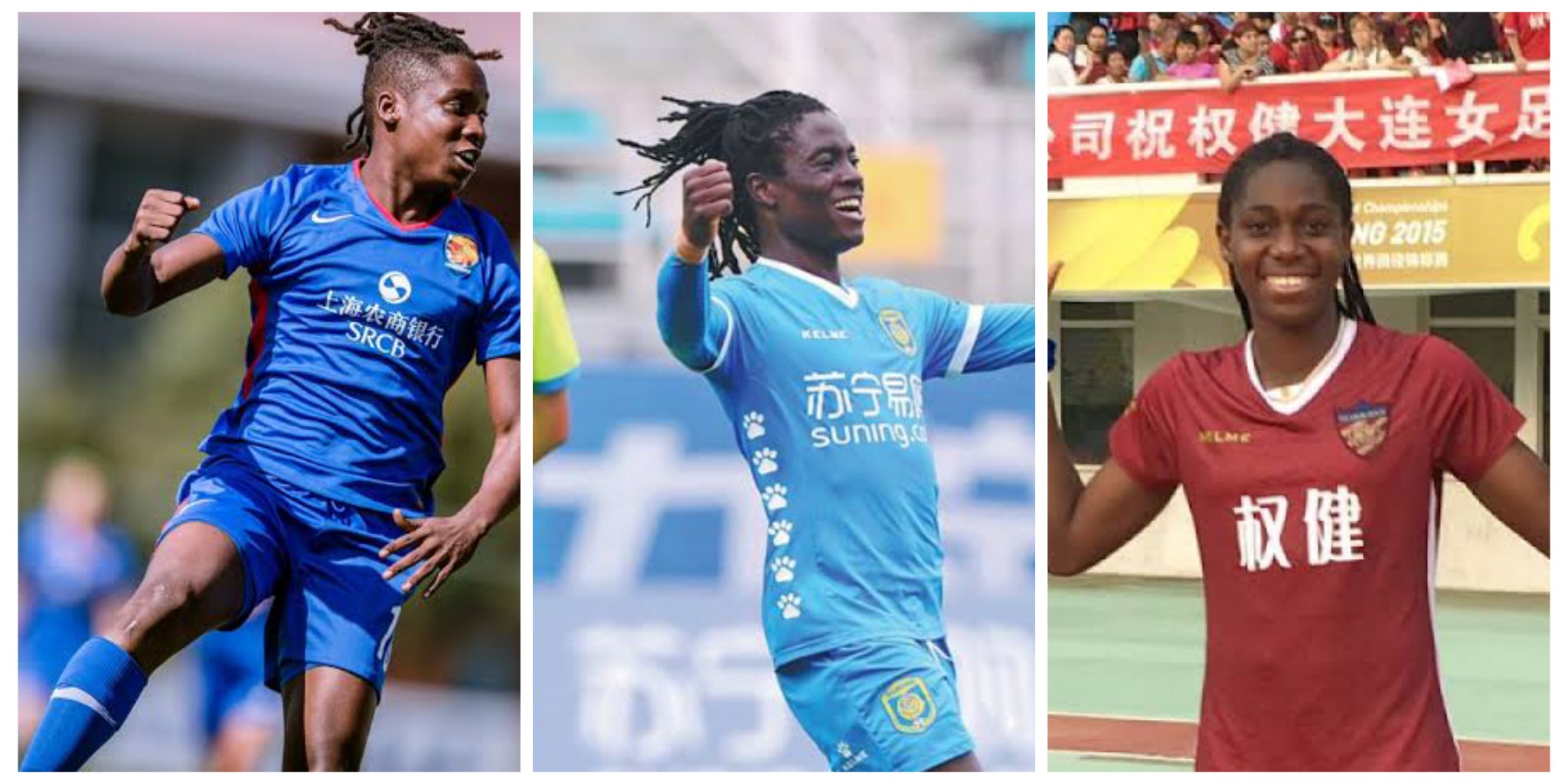 This show the superiority of Africans in the Chinese Women Super League in the last Four years.

Below is the list of three Africa  female players to have won the Chinese Women Super League Golden boot award in the last four seasons.

Barbra Banda, the Zambia International who joined the Chinese Women Super League this season scored an incredible 18 goals in her debut season to clinched the award from his fellow Africa team mate Tabitha Chawinga the last season top scorer.

The Copper Queens skipper wrapped up her season with a goal on Sunday as Shanghai Shengli beat Beijing BG Phoenix 3-1 in their third and fourth place playoff to win bronze.

Tabitha built on her fine debut season in 2018, scoring 31 goals in all outings, plus 17 CWSL goals on joining from Swedish side Kvarnsveden after claiming top scorer with 25 goals.

She netted 12 goals on her second season for Jiangsu Suning to reclaim the Chinese Women Super league golden boot award making her one of the best female footballer from Africa.

Asisat Oshoala won the the Chinese women Super League golden boot award in 2017 after scoring 12 incredible goals for Quanjian in her maiden season in the CWSL top tier after her surprise switch from Arsenal Women in 2017.