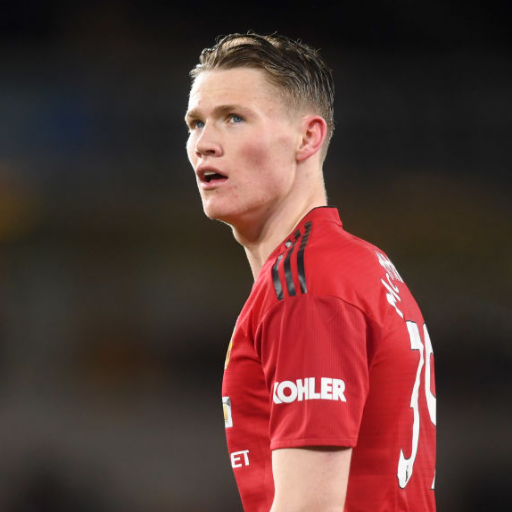 Manchester United midfielder Scott McTominay has claimed he and his team-mates are behind Ole Gunnar Solskjaer, after rumours circulated that Bruno Fernandes had lost faith in the manager.

The 23-year-old insists the Norwegian still has the backing of the United dressing room, despite a poor start to the season.

The Red Devils have lost two of their opening three league fixtures and the pressure is building on Solskjaer.

United finished in third place last season but thus far have been incapable of building on their encouraging post-lockdown form.

After a home defeat on the opening day to Crystal Palace, Solskjaer’s side picked up a bit of momentum by beating Luton in the third round of the Carabao Cup before securing back-to-back wins against Brighton in the Premier League and the fourth round of the league cup.

Any impetus garnered from those three successive wins was obliterated after a rampant Tottenham team thrashed them 6-1 at Old Trafford before the international break.

They are already a massive nine points behind league leaders Everton, although they have played a game less.

Fernandes scored for United from the spot in that defeat, taking his tally for the club to 14 in 26 appearances since he arrived in January.

The midfielder who joined from Portuguese side Sporting Lisbon for an initial fee of £47million, reportedly has become disillusioned with his manager’s ability to take the club forward.

And he was left bemused at the United’s failure to significantly strengthen during the summer transfer window.

McTominay however has rejected any notion of disharmony at Old Trafford.

‘The whole club is behind him,’ the Scottish international told TV2 while on international duty. ‘We believe in every word he says, and it’s not just him.

‘We trust every word from Mike Phelan, Kieran McKenna, Michael Carrick and the entire support staff.’

When asked to to give his own thought’s on his manager’s two and a half year tenure he added: ‘Fantastic. You see it in the way he has developed me and given me playing time and how I have played. That is a lot to his credit.’

United are back in Premier League action away at Newcastle on Saturday, before their focus shifts to their Champions League group stage opener against Paris Saint Germain three days later.