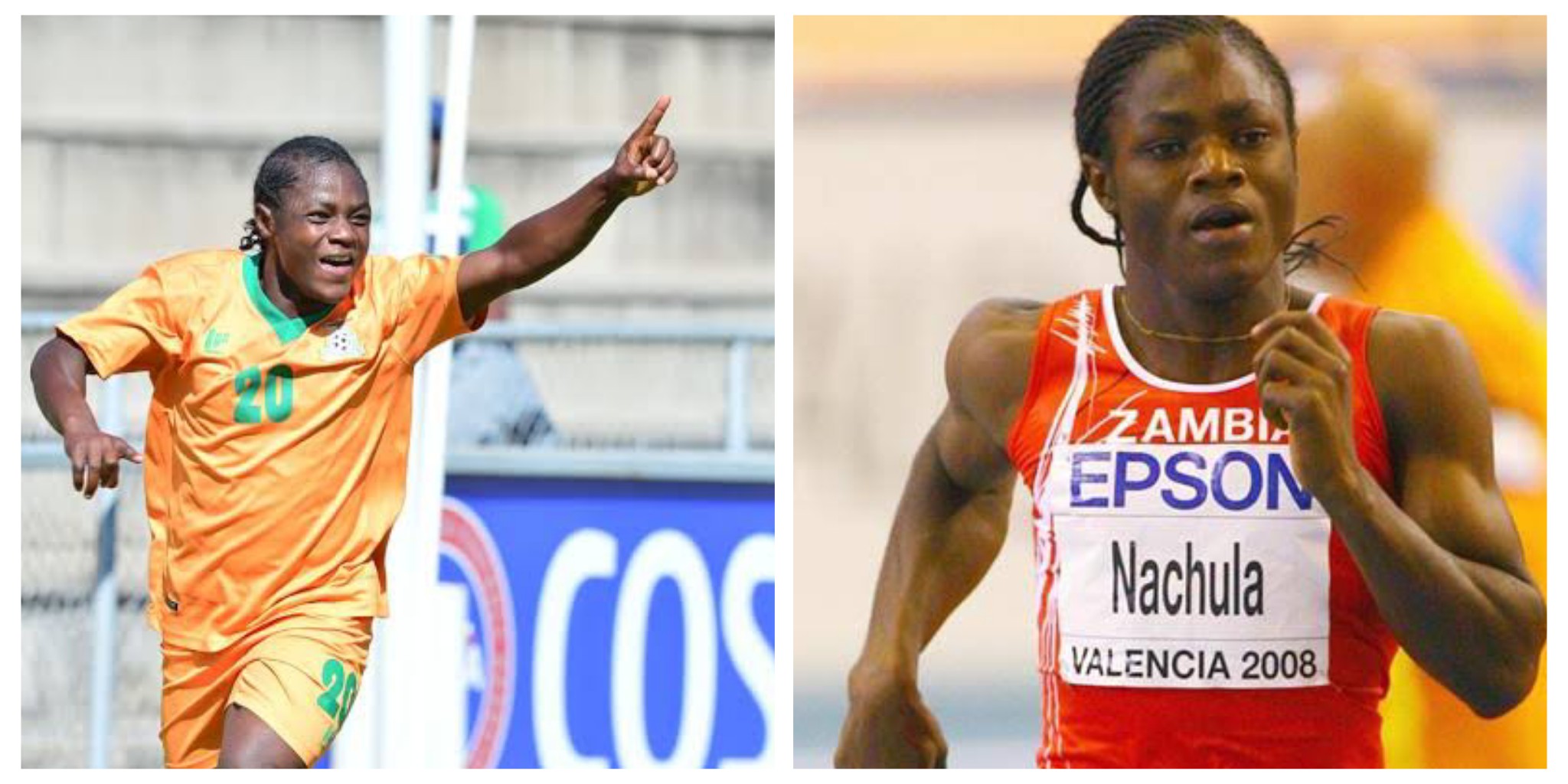 Rachel Nachula started as a sprinter in the 400 meters before switching into football in the latter part of her career.

She became the first Zambian athlete to ever qualify for the Olympic games in two different sporting disciplines when the Copper Queens of Zambia stunned the Indomitable lioness in the final round of the 2020 Olympics qualifiers.

The Zambia women’s national football team and Real Zaragoza striker represented Zambia at the Beijing Summer Olympic Games in 2008 before she switched the running track for the pitch.

She started her sports career as a sprinter specialised in 400 metres and also went on to compete at the Commonwealth Games (2006) World Indoor Championships, among other notable athletics competitions.

In 2008, at the African Athletics Championships in Addis Ababa, Ethiopia, she won a bronze in 400m with a record time of 53.34 seconds.

In March, this year, she helped the Zambia Women National football team qualify for the Olympics in Tokyo, Japan after beating Cameroon 2-1 at Nkoloma Stadium.