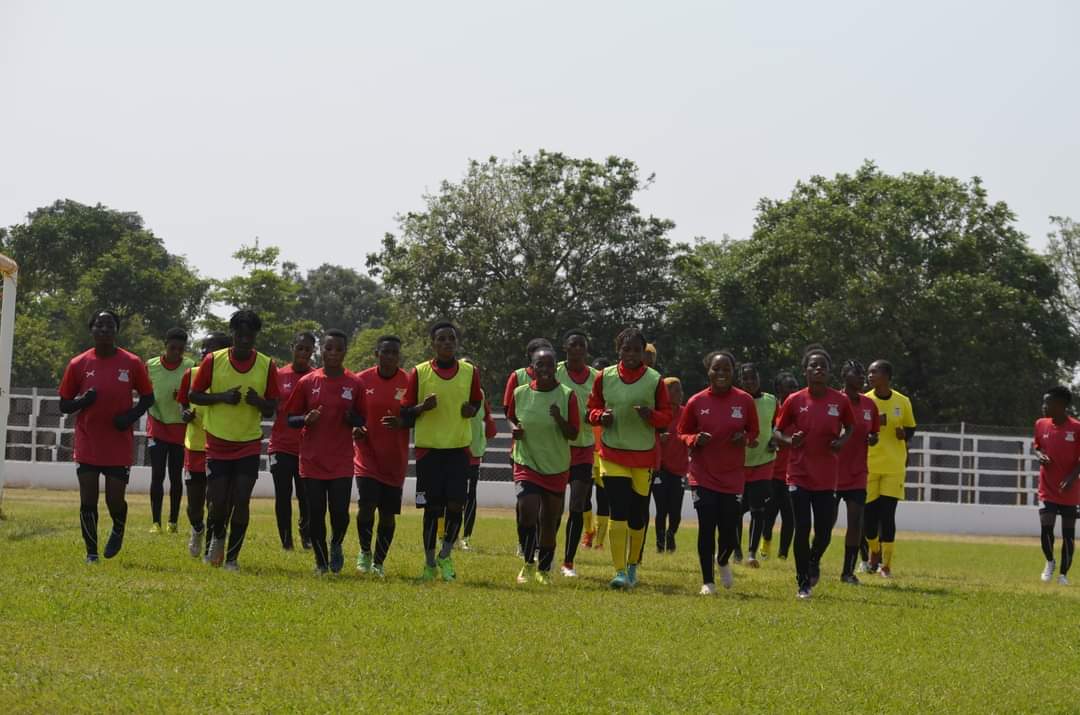 The Zambia Women National Women Team ,Copper Queens Coach Bruce Mwape says his lasses have made incredible improvement in their fitness levels since reporting for camp a fortnight ago.

In an interview at Edwin Imboela Stadium where his team is preparing for the 2020 Cosafa Senior Women’s Championship in Port Elizabeth, Mwape also disclosed that China based Barbara Banda will be part of the Copper Queens squad aiming for their first ever Cosafa crown.

“So far so good, of late they are looking fit…There are no injuries, they are all perfect,” he said.

On the growing number of players trekking to foreign leagues prior to the commencement of the Cosafa, Mwape said it was an opportunity for other players to step in and represent the country at the regional tournament.

“Somehow it will affect the game plan, although it will give room to the others that want to prove that they can play for the senior women national team,” he said.

On the Shanghai Shengli star forward Mwape said, “Barbara Banda is here with us. She was in the team that played Buffaloes. She did very well.”

Mwape also hailed the under-20 players elevated to the senior squad like Maylan Mulenga and Natasha Nanyangwe as blending well.

Zambia has been placed in Group B alongside Malawi and Lesotho with the opening game on November 4 against Lesotho before tackling Malawi five days later. Only the group winner will qualify to the semi-finals while one spot will be available to the second best placed team across the three groups.

The Copper Queens emerged runners up in 2019 and will be looking to better that record at the 2020 event.
Some of the players that were part of the 2019 success have trooped into foreign leagues like Rachael Nachula, Hellen Mubanga (both CFF Zaragoza-Spain) and Mary Mwakapila (Hapoel Beer-Sheeva-Israel).