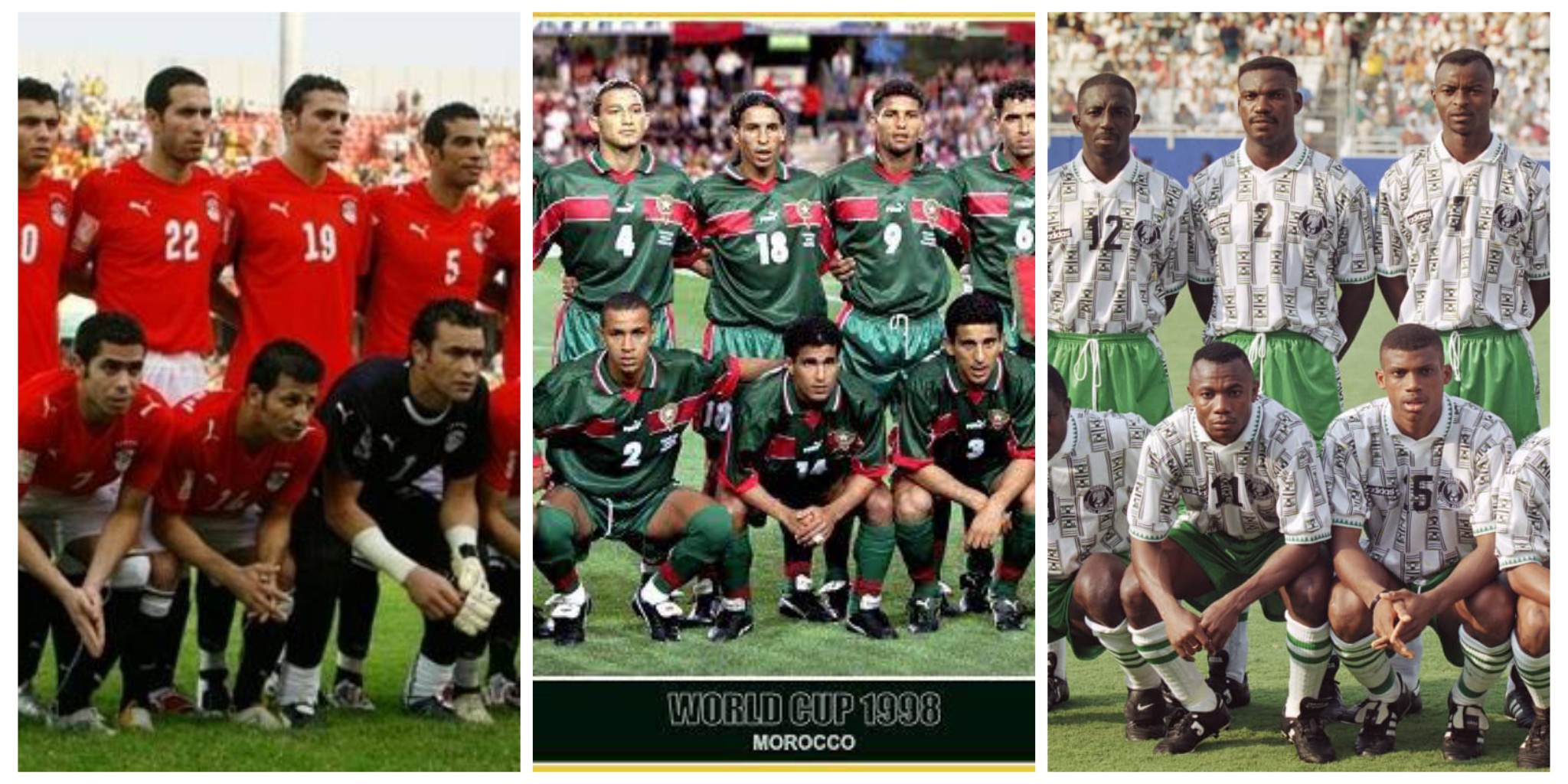 FIFA World rankings are always used to determine National team performance every month, while most Africa teams are finding it difficult to break into the top 10 world rankings, three Africa countries have achieved that with their performances in the 1990s and 2010.

Nigeria and Morocco were the first to achieve that in the 1990s after their performance earned them a place in the top 10 rankings while Egypt dominance in three consecutive Africa Nations cups from 2006 to 2010 earned them a spot in the top world rankings in 2010.

The Morocco National Football team At one point they were considered one of the best African teams after they ranked 10th in the FIFA World Rankings in April 1998, They Atlas lions became the only Africa team to have been at the top of the African team rankings for three consecutive years from 1997 to 1999.

Although they have participated in the FIFA World Cup 5 times. Morocco best result was in 1986 after they reached the round of 16 of the FIFA world cup, becoming the first African national team to progress to the round of 16.

The Atlas Lions were also the first African team to finish top of a group at the World Cup, which they did in 1986, finishing ahead of Portugal, Poland, and England.

The Morocco National Team performance from 1986 to, 1998 earned them a place in the top 10 of the FIFA rankings in 1998 making them of the three Africa countries ever to make it to the top 10 rankings.

The Egyptian 2006- 2010 squad is one of the best squad ever paraded by the Pharaohs.

That would be the squad that won three straight Africa Cup of Nations between 2006 and 2010 carried by the likes of Ahmad Hassan, Mohamed Aboutrika, Wael Gomaa, and Essam El-Hadary.

The Pharaoh’s went as high as ninth in the FIFA World Rankings, making the team one of only three African national teams to enter the world’s top ten after their performances in 2006, 2008 and 2010 Africa Cup of Nations where they became champions.

The Super Eagles generation of the mid-90s is generally considered as the finest collection of players ever assembled in the green of Nigeria.

In April 1994, the Super Eagles were ranked 5th in the FIFA rankings, the highest FIFA ranking position ever achieved by an African football team