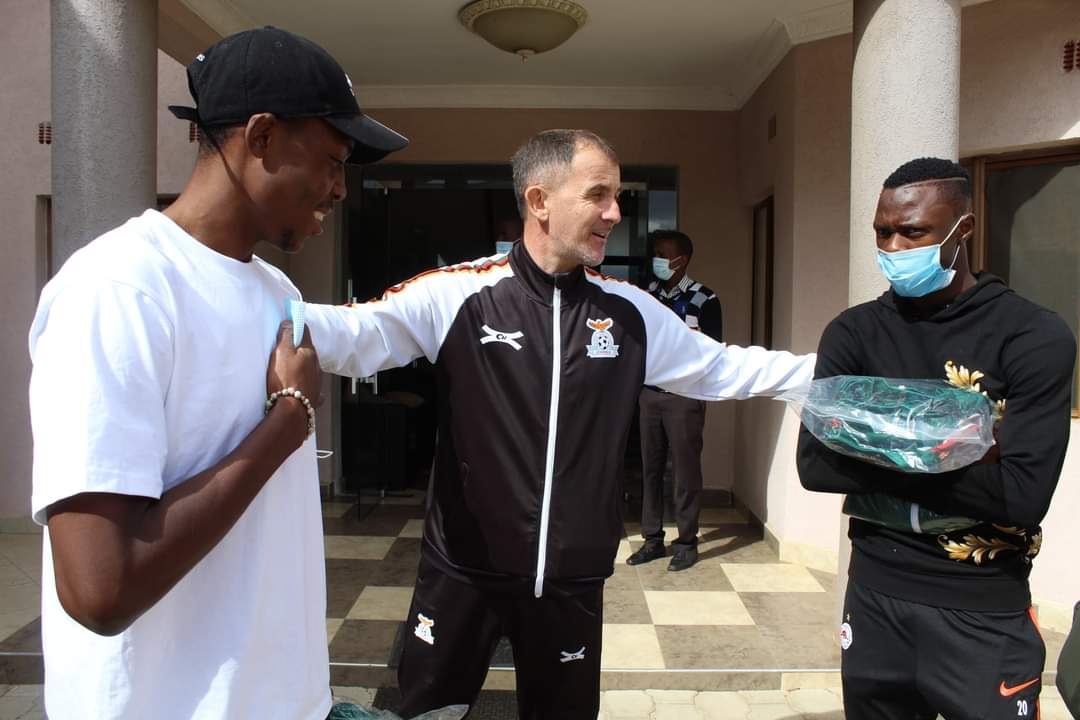 Chipolopolo coach Milutin ‘Micho’ Sredojevic has opened up on the injury status of Red Bull Salzburg hit-man Patson Daka saying the technical bench has enough cover in the absence of the red-hot striker.

Speaking to the FAZ media team, Micho says rather than cry about the likely absence of the Red Bull Salzburg striker, his bench would put a plan that would see Zambia excel in the crucial back-to-back clashes against Botswana next month.

Micho says he had been in touch with Daka with the striker having the national dream at heart even in distress.

The Serb says winning in the two back-to-back encounters would be the best medicine to expedite the healing process for Daka.
Daka limped off in his side’s 3-2 loss to Diego Simeone’s Athletico Madrid in the UEFA Champions League with a hamstring injury that looks likely to rule him out of the Botswana clashes.
“We have been talking to him every day especially after that injury and we have got a sense of a Zambian with a patriotic heart and soul and desires that the team plays well without him as his soul and medicine is focussed on the road to recovery,” says the man dubbed the Serbian Wolf.

“Zambians have no reasons to expect me to cry about that unfortunate situation that happened to Patson Daka, we should all give total support to Patson to recover as soon as possible and we should rather refocus on other available players that will wear the Zambian scoring boots in the double-header against Botswana.”
Micho takes solace in the goal haulage Zambia has had in the five matches he has steered the Chipolopolo ship.
“Between 7th and 25th October, we played five international friendly matches and we scored 10 goals; meaning we scored two goals per match on average and this is what we were trying to get as plan B in case Patson Daka and other professional players are not available,” Micho says.

“Best respect and support for Patson Daka’s recovery would be that we play our matches and get results that would be his medicine to recover because he has watched all our 5 games and seen his brothers serve the country.”

The Serbian wolf says his charges will be wary of the Zebras’ prowess that has seen them keep a tight defence under Adel Amrouche.

“The Botswana game will not be a walk in the park. They are a very good side that has not conceded more than one goal in five matches under Adel Amrouche. They have highly talented players and we cannot afford to take them lightly,” he says.

Micho has presided over six matches which have ended in five wins and one loss.

He started his campaign with a 1-0 win over Malawi on March 12 and repeated the same feat at National Heroes Stadium on October 7 before proceeding to Kenya where Zambia controversially lost 2-1 during the FIFA window.

The next challenge was a 2-1 win over Bafana Bafana before two back-to-back wins against Ethiopia.

Zambia hosts Botswana on November 12 before travelling to Francistown for the return leg four days later.