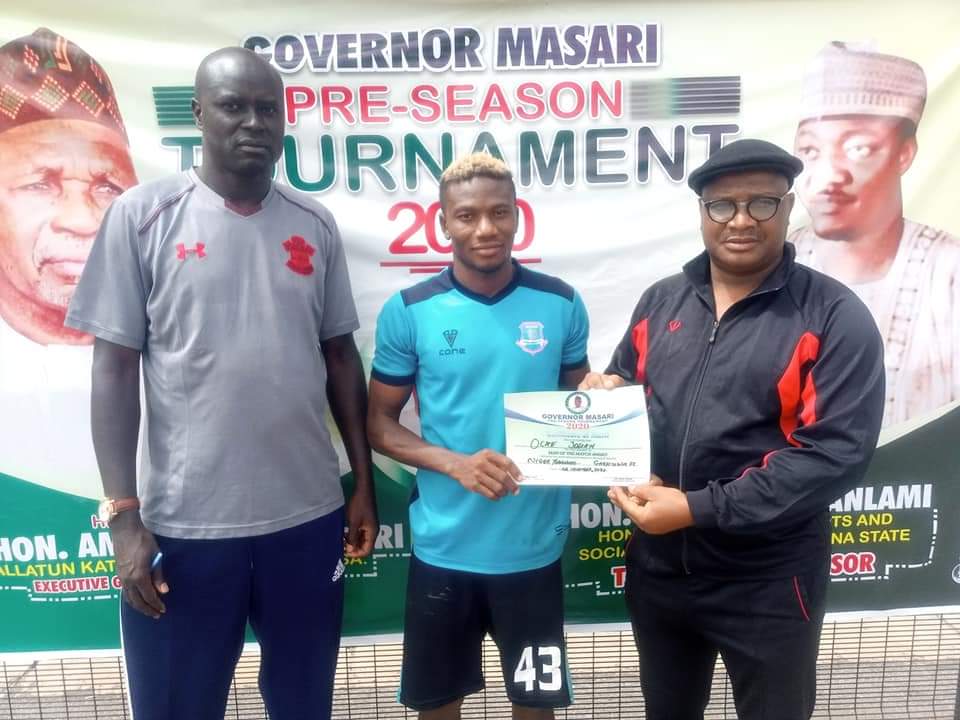 With three goals and an assist thus far in the ongoing Governor Masari Pre-Season Competition, Niger Tornadoes latest recruit and kid sensation Oche Josiah is already brimming in confidence ahead of the forthcoming season.

Oche grabbed a brace in the Ikon Allah Boys group game against Garkuwa FC at the Muhammadu Dikko Stadium Katsina to silence the opponent with a spectacular performance that earns him a Man Of The Match Award.

Skilful, energetic, good on the air, strong on the ball, fleet-footed and eyes for goals, are Oche’s natural attributes as a point man, he caught the eyes of Coach Abubakar Bala Mohammed in Kaduna recently during a scouting/screening program and so far hasn’t disappointed.

Receiving his award shortly after the encounter, Oche Josiah says “I’m happy for playing a big part in today’s win, thanks to the technical crew and my colleagues for their immense contribution, thanks especially, to Coach Bala who spotted me and gave me a platform to excel.

This is Oche Josiah’s first opportunity playing for a top club side.

The team shall next battle Katsina United B team in the last group game on Friday to determines who qualifies for the Semi-Finals.