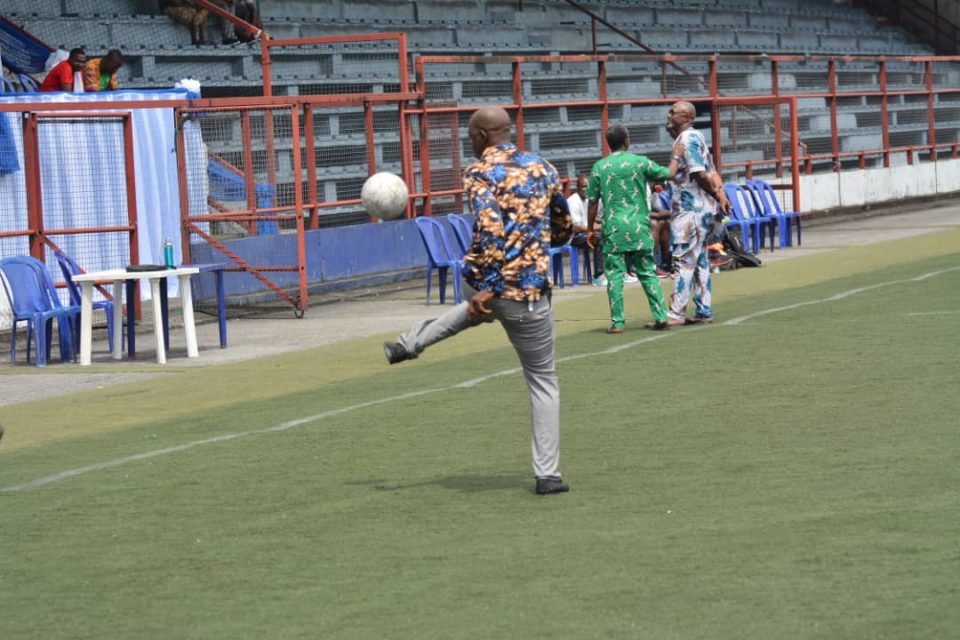 MFM FC head coach Tony Bolus claims his side is still a work in progress, despite notching three points against Bayelsa United in a Group B game at the 2020 Gov Wike Pre Season Tournament.

Despite playing the last 30 minutes with 10 men following a red card to Alimi Adebayo, the Olukoya Boys held firm to the maximum points thanks to Ola Yusuf’s 13th minute strike.

The MFM FC tactician said that he was pleased with the way his side killed off the Restoration Boys at Sharks Stadium, but knows there is still room for improvement.

“It’s just work in progress for us. We have been working on the boys immediately after the lockdown and needed to come to a reputable place like this to test ourselves,” he told Newsmen on Sunday.

“The boys were decent against Bayelsa United, it’s a gradual process. Before the end of the pre season they should be where we expect them to be.”

The Olukoya Boys are on top of Group B with four points from two games.