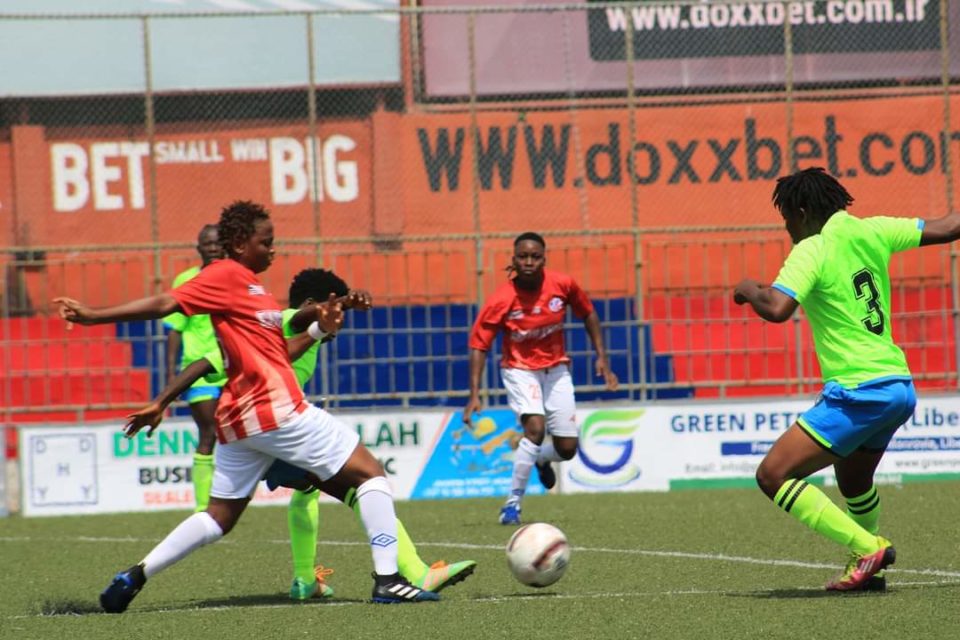 Liberia international Pauline Agbotsu scored a brace for an attacking trio, who have sent a warning letter to would-be title contenders and their defenses.

The earthly angels must have surely caught Covid-19 and now need a period of isolation for their remaining matches.

Angeline Kieh, who scored a whooping 42 goals to win the highest goal scorer and most valuable player (MVP) awards for Earth Angels during the Orange 2019 season, was well-policed by the defensive pair of Jestina Wilson and Margaret Stewart.

Kieh’s exploits earned her L$575,000, two Techno phones and two USB sticks but she must now double-up with the MVP set to win a car plus cash prize for the first time since women’s football began in Liberia in the late 1980s.

In game two, Liberia international Lucy Kikeh rescued a point for World Girls, who held Blanco FC to a 2-2 draw.

Agatha Nimene and Love Kofa gave Blanco a two-goal lead in the third minute and 11th minutes but skillful winger Kikeh scored in the 18th and 31st minutes in an entertaining match.

The league will continue on 14 November.

At the ATS, Blanco will take on Hippo at 1:30PM while Ambassadors will welcome Island Queens at 3:30PM.

And Determine Girls will meet World Girls at the Nancy B. Doe Stadium in Kakata, Margibi County at 3:30PM.