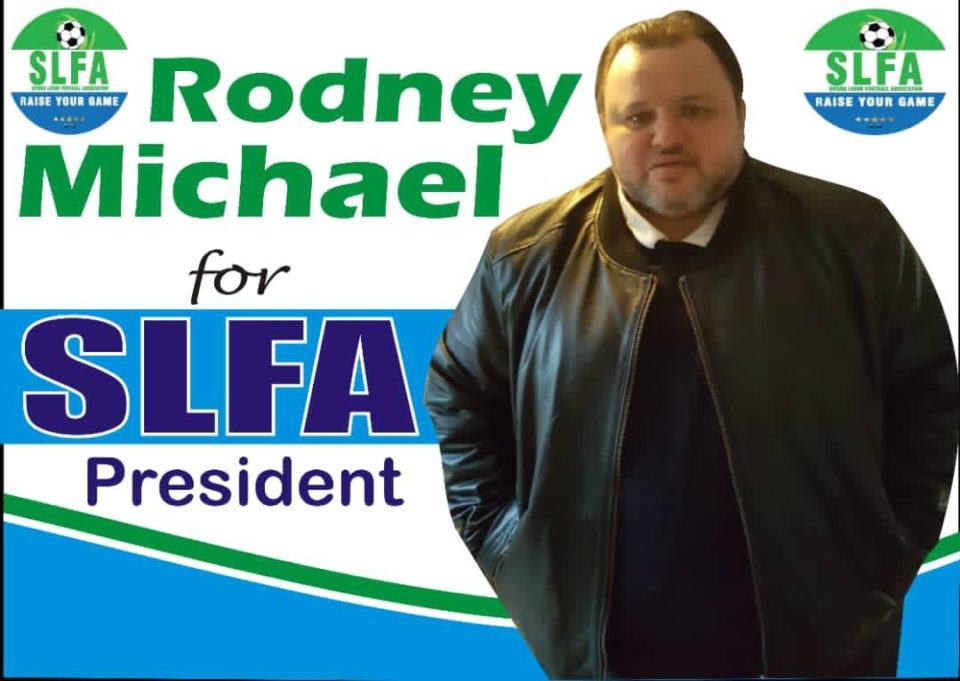 Football philanthropist and seasoned administrator, Rodney Michael is set to declare for the Presidency of the Sierra Leone Football Association, close Source
have informed Football Sierra Leone.  In 2013, Rodney Michael and Sierra Leone superstar Mohamed Kallon were among those disqualified from contesting the SLFA presidential election.  As a result, Isha Johansen, who now doubles as CAF Executive Council member, went unopposed to become the first female president of the SLFA.  Rodney Michael remains the most revered and popular football administrator in the country.  His declaration is bound to trigger another hot contest in the race. It will be interesting to know what happens next after his pronouncement.  Close sources have indicated another attempt to find ways of disqualifying his candidacy is already brewing. Football Sierra Leone will follow this developing story as it unveils.  There is no official date yet for the SLFA elective congress.