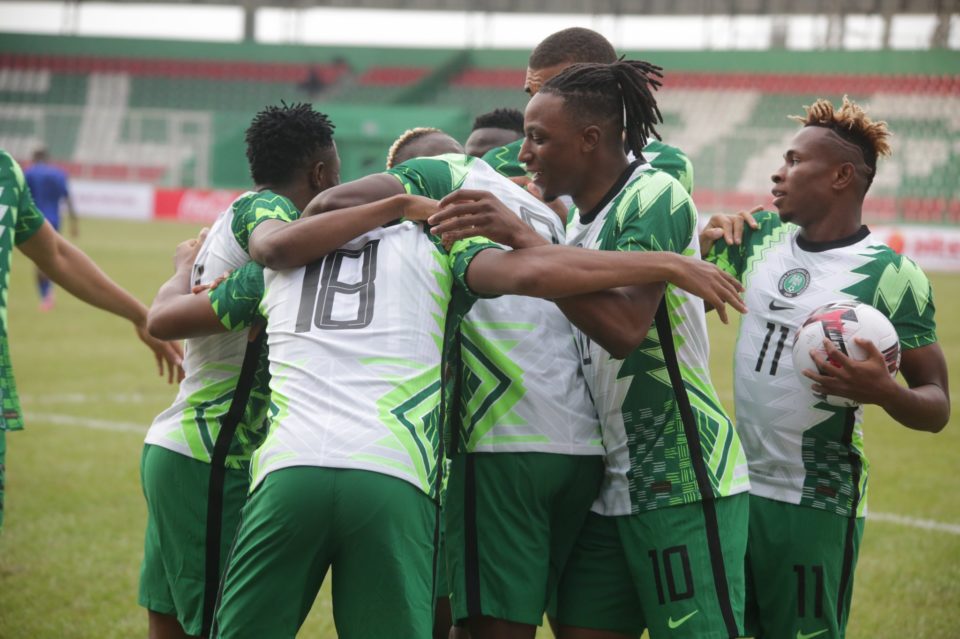 Eight goals thriller as Leone Stars of Sierra Leone shocked the Super Eagles of Nigeria at Samuel Ogbedmudia stadium in Benin City, Edo state by coming from 4 goals down to share spoils with the Eagles in group L of Cameroon 2021 Africa Cup of Nations qualifiers.

Everton player, Alex Iwobi put the host in front four minutes into the game before Victor Osimhen scored his fourth goal of the qualifiers in the 21st minutes to double the lead for the Super Eagles who are searching for their third win of the qualifiers.

The Leone Stars of Sierra Leone through Kei Kamara almost reduced the deficit in the 20th minutes but his efforts went over the crossbar.

The Super Eagles of Nigeria extend the lead to four from two quick goals from Alex Iwobi who got his second of the day and Samuel Chukwueze before Kwame Quee reduced the deficit for the Leone Stars few minutes to half time stoppage time.

What seems to be a third win for the Super Eagles of Nigeria was cut short by the Resilient Leone Stars who dominated the second 45 minutes of the game as they walk away with a point through three unreplied goals in the second half of the game from Mustapha Bundu and Alahaji Kamara brace.

The Super Eagles travel to Sierra Leone for the return fixtures on Tuesday seeking to redeem themselves after a horrific display in Benin.