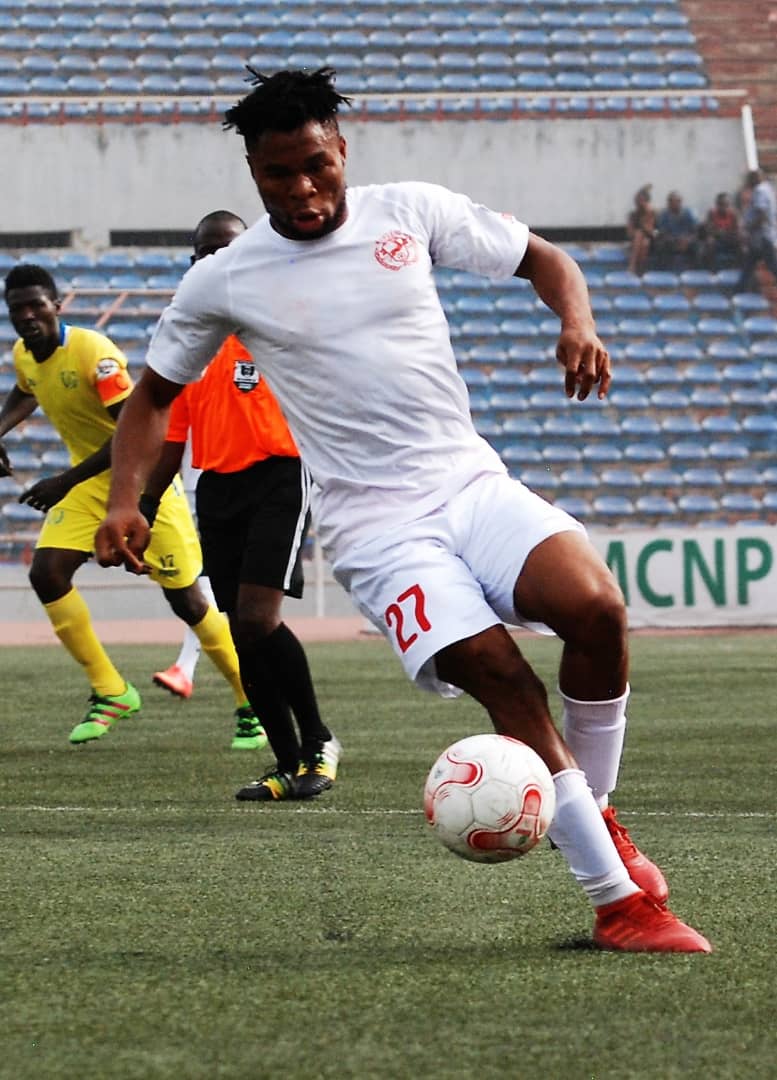 Nigeria Professional Football League 2019/2020 top marksman, Israel Abia of Rangers International F.C has promised the club’ teeming fans of a harvest of goals that would help the club achieve a double at the end of the fast approaching season 2020/2021.

Abia in an exclusive chat said that the club has all it takes to be crowned double champions at the end of the season with a seasoned technical adviser, coach Salisu Yusuf at the helm of affairs and a well-grounded management led by Prince Davidson Owumi as well as quality players on ground to do the battle on the pitch.

The all action attacking sensation who notched seven goals for his former club, Sunshine Stars before joining the ‘Flying Antelopes’ mid-season and scored five times before the league came to an abrupt end due to the Covid-19 pandemic believes that he still has a tank full of goals to deliver when the season starts with the support of team mates.

“I strongly believe in the caliber of players in our team and we can battle any team to a standstill anywhere in the country to be crowned the league and Aiteo cup champions in the coming season. With coach Salisu Yusuf, we have one of the best coaches around to guide us to deliver the goods,” stated Abia.

On his personal target for the season, Abia said, “I hope to emerge the top scorer again with the aim of erasing the 23 goals record that is on ground.”