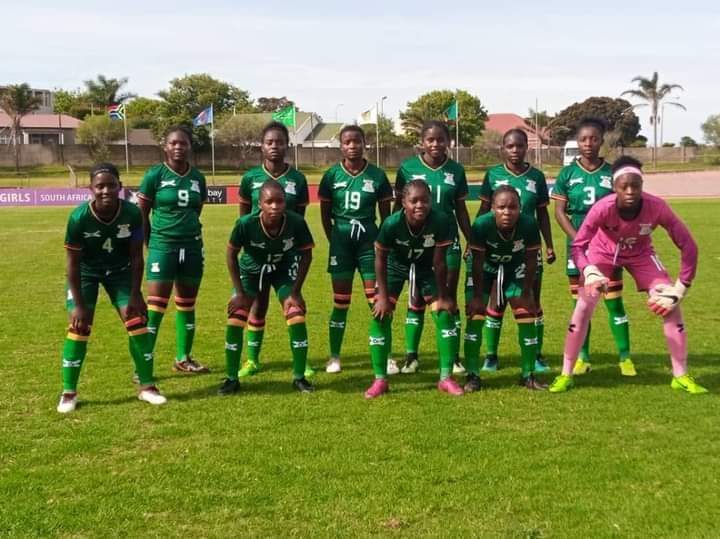 The Zambia under-17 Women National Team’s chase for Cosafa glory hits a crescendo today (Saturday) with a titanic clash with guest team Tanzania at the on-going Cosafa championship in Port Elizabeth.

It is a clash that also doubles as national pride rescue mission after the senior women national team were ejected at the semifinal stage at the tournament  free-scoring lasses will be wary of the prowess of the Tanzania side that they faced in the group stage and overcame 2-1.

Zambia will be looking to the likes of skipper Esther Siamfuko, Tisilile Lungu, Comfort Selemani and Bupe Banhone in the 3-0 of Comoros.

But Tanzania will be more motivated having been beaten in the group stage in a tournament around-robin played on a round-robin basis.

Zambia will have to look out for tournament leading scorer Aisha Masaka, Protasia Mbunda, Kissaipanga and Irene Kissa.
Aisha has netted eight goals so far at the tournament.

Kangwa is confident his girls will be up to the task in the kick-off at noon kickoff at noon at the Nelson Mandela Stadium.

“We are looking forward to the final, it will be very challenging because we know our opponents will come with full force, but we are ready for them,” he said.

No fans will be allowed accthe ethe ss into the stadium on the final day, but the senior championship matches will be broadcast LIVE on SuperSport’s Variety4 in South Africa, and Variety 4 Africa and Go Select 2, as well as streamed live LIVE safe tv The Under-17 games will also be on COSAFA.TV.