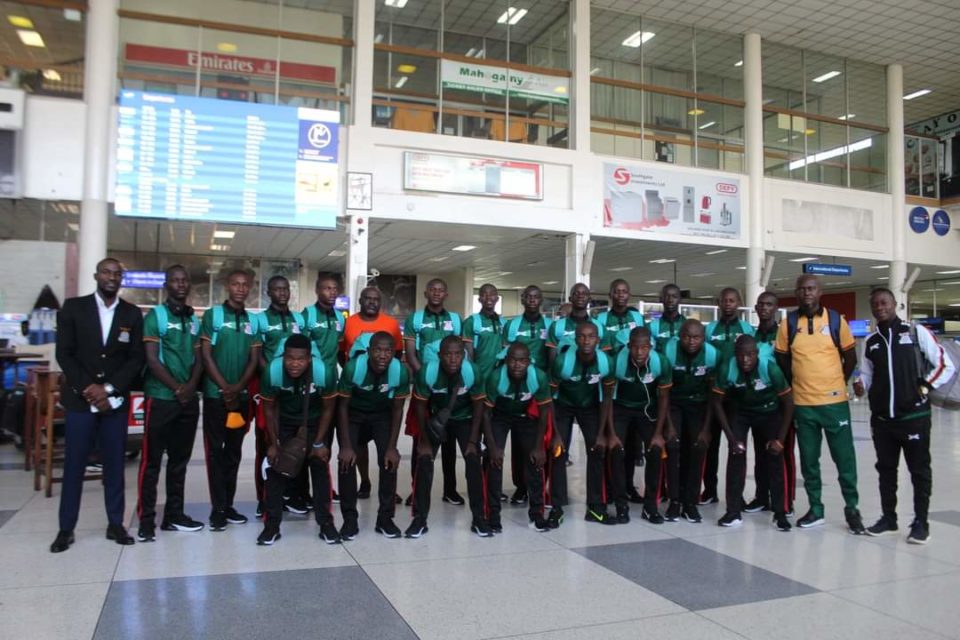 The Zambia Under-17 Men’s National Team has left for South Africa to participate at the 2020 edition of the COSAFA Men’s Under-17 Championship in Port Elizabeth.

George Chilufya’s side goes into the tournament as defending champions and will be seeking to secure a spot in the finals which will this year come with qualification to the Under-17 Africa Cup of Nations tournament in Morocco.

“The preparations have been excellent, the team is ready. We are injury-free and looking forward to the tournament. Of course, it’s not going to be easy but we have planned for it and we just hope for the best,” Chilufya said shortly before departure to South Africa.

The Coach has included four members of the Under-15 side which represented Zambia at the Croatia Invitational Tournament in September, saying their strong mentality and determination in training has earned them call-ups.

“It wasn’t so difficult (to include them) because the boys can compete and we had no option but to incorporate. Their mentality is good, ready to fight for the national and they are bringing the Croatia experience which gives them that advantage; they look set and very competitive,” Chilufya said.

Zambia is in Group B and opens their campaign against the Comoros Islands on Friday, before facing Malawi two days later. They will wrap up their group engagement with a November 25 fixture against Botswana.