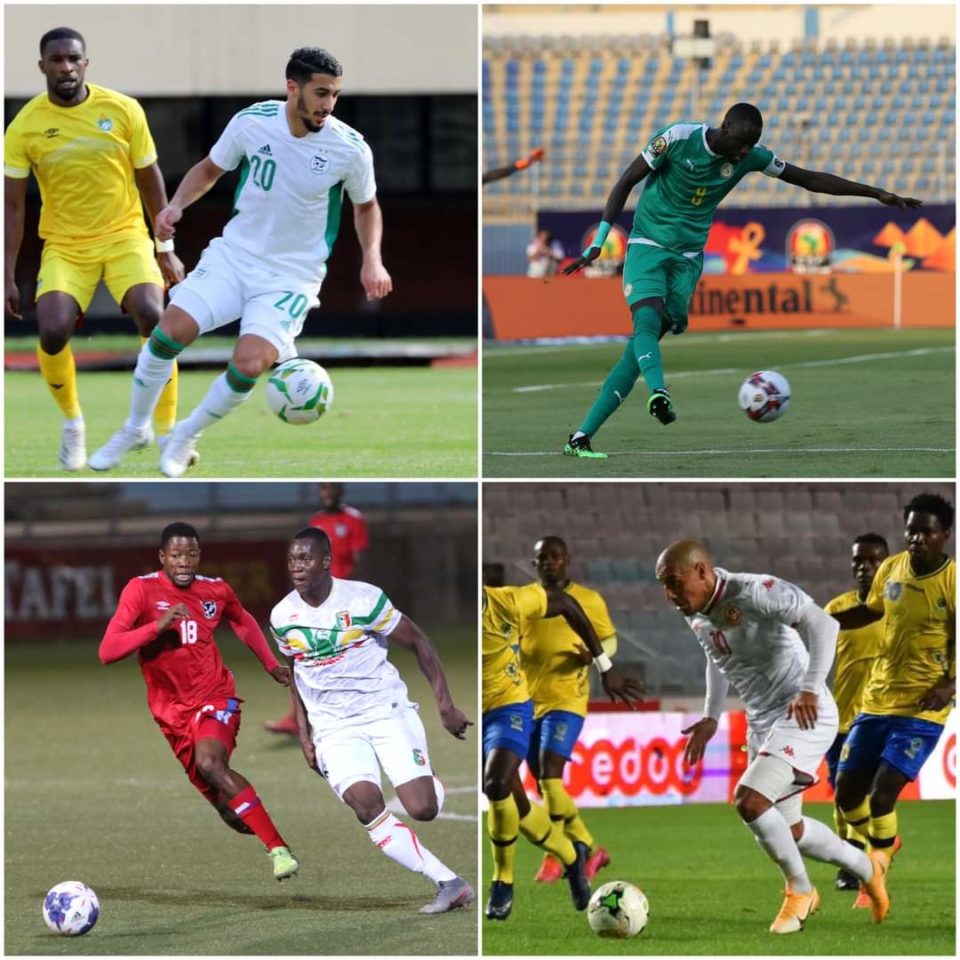 Four countries join host Cameroon in booking their place in the 2021 AFCON Qualifiers after the round-up of Match Day four of the qualifiers.

Despite the draw on Monday the defending champions, Algeria confirmed their place at the next Africa Cup of Nations finals in Cameroon, which have been delayed until 2022.

Algeria with three wins and a draw top group H with 10 points, with Zimbabwe five points behind, Botswana are up to third with four and Zambia are once again bottom on three.

The Algeria side next two games are against Zambia and away and Botswana at home.

All three goals of Tuesday’s Group A encounter came in the opening 40 minutes of the game as Mali had a penalty saved in the second-half and Namibia hitting the post.

The Eagles of Mali lead group A with 10 from points from 4 games while Guinea follow with 8 points, Nambia 3 and Chad with a point.

The two victories from Guinea doubleheader lifted Senegal and make the 2019 runner up are the only team with a perfect record in the qualifiers and the currently the top-ranked national team in Africa, to a maximum 12 points from four matches in Group I, as joint host with two matches to spare.

Congohase six points, Guinea-Bissau three and eSwatini none in the struggle to qualify with 2002 and 2019 runners-up Senegal.

Senegal completes their schedule between March 22 and 30 by travelling to Congo Brazzaville and hosting eSwatini to conclude their 2021 AFCON qualifiers.

Tunisia earned their place at the Nations Cup finals despite being held in Dar es Salaam by hosts Tanzania.

The Carthage Eagles of Mali also joined Senegal, Algeria, Mali and host Cameroon as the first five teams to confirm their place in the 2021 Africa Nations Cup after the Monday encounter with the East Africa side

The Carthage Eagles dominated the opening exchanges and hit the woodwork either side of their goal and took the lead after just 11 minutes through Seifeddine Khaoui of Marseille with a truly excellent finish after he was put through by a lovely piece of skill from Youssef Msakni but the East Africa side levelled up to end the Tunisia side perfect record in the qualifiers.

Tunisia faces Libya away and Equatorial Guinea at home on their next two fixtures in March 2021.