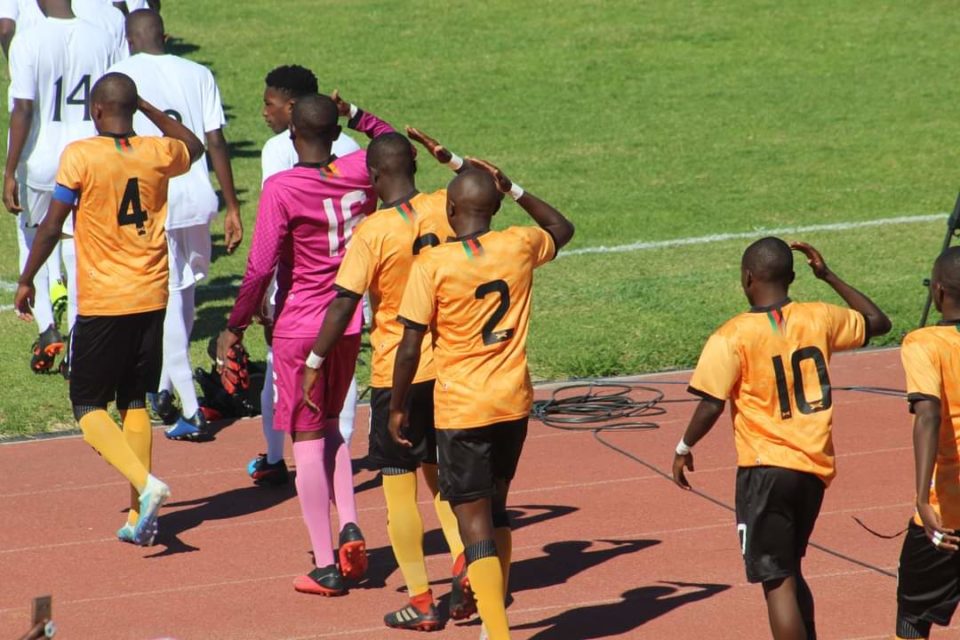 The Zambia Under-17 Men’s National Team will commence the re-formatted Cosafa tournament with a clash against Angola at Gelvandale Stadium.

After four teams were kicked out for age-cheating leaving out four nations that include Zambia.

The four that survived the chop are Zambia, South Africa, Malawi, and Angola while Botswana, Zimbabwe, Comoros and Eswatini were shown the door after Magnetic Resonance Imaging (MRI) tests independently conducted by CAF on Friday.

Zambia will play Angola today in a tournament that is being used as a qualifier for the Morocco 2021 Africa Cup of Nations.
Coach George Chilufya’s side beat Comoros Islands on Friday in a match that has been rendered a warmup encounter following the MRI results.

Zambia is looking to making a return to the Under-17 Africa Cup of Nations after having qualified in 2015.

The junior Chipolopolo are the reigning champions after having won the Cosafa championship in Malawi last year which marked a second crown for Zambia after the 2017 victory.

Chilufya will be looking to the inspiration of skipper Miguel Chaiwa whose defensive prowess sets him apart from the crowd while in goal Erick Makungu could be the man entrusted with keeping the Angolans at bay.

Others that could be crucial in pushing the Zambian drive are the supremely talented Joseph ‘Sabobo’ Banda, Rickson Ng’ambi, Richard Ngoma and Onesimus Chipango.

However, Angola will not be a pushover with the ever threatening Domingos and skipper Antonio Lopes likely to cause some problems for Zambia.

The 2020 COSAFA Men’s Under-17 Championship will restart as a four-team tournament on Sunday and will be played on a round-robin basis, with the top two teams advancing to a final on November 29.

Hosts South Africa open their campaign against Malawi (kick-off 15h30), while before that defending champions Zambia do battle with Angola at 12h30.

The two sides that reach the final based on their position in the group will have already achieved one ambition by qualifying for the Cup of Nations that is scheduled for Morocco in the middle of next year.