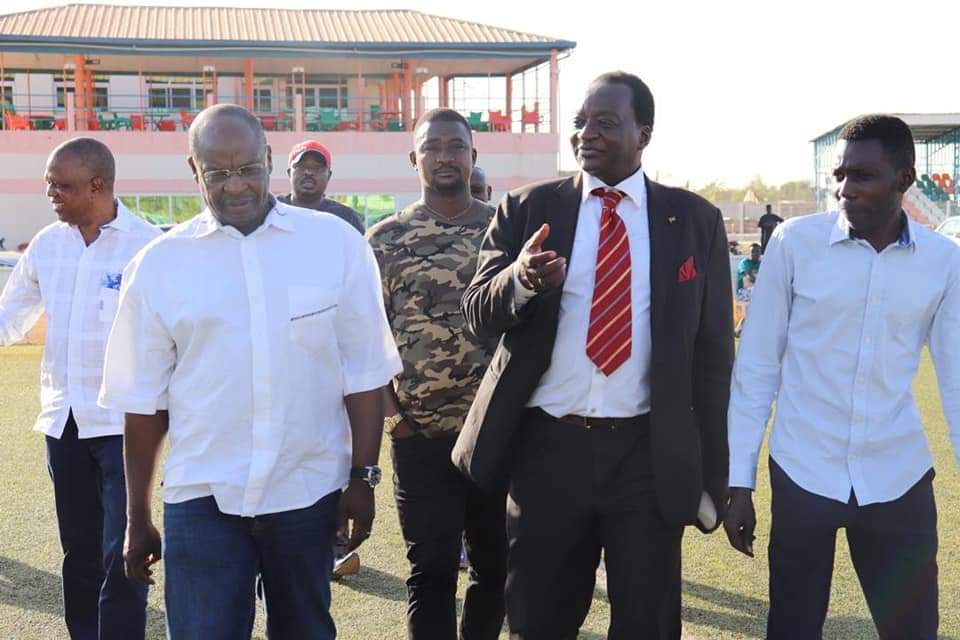 The President of the Burkinabé Football Federation visited Salimata and Tasséré football club (Salitas FC) on Tuesday, November 24, 2020 at his headquarters, located in Ouaga 2000.

Salitas FC, it should be noted, will represent Burkina Faso in the CAF Confederation cup and President Lazare Banssé was keen to give his unwavering support to the doves on the edge as they prepare ahead of the preliminary round.

This visit testifies to the president’s will not only create a climate of proximity with the club but also promote better representativeness of Burkinabe clubs internationally.

The president while saluting the efforts of the first officials of the club, donated a lot of balls and a contribution of 2 million CFA francs to motivate the players for their trip to Ghana.

The leaders of Salinas FC through the Central President, Colonel Yacouba Ouédraogo, applauds the federal delegation for the kind gesture and expressed their joy of the solidarity which will undoubtedly motivate players and club in carrying out their duty.

The team promised to fight and defend with honour the colours of Burkina Faso in the competition.

Salitas FC will be up against Ashanti Gold on Sunday in the first leg of CAF Confederation Cup.