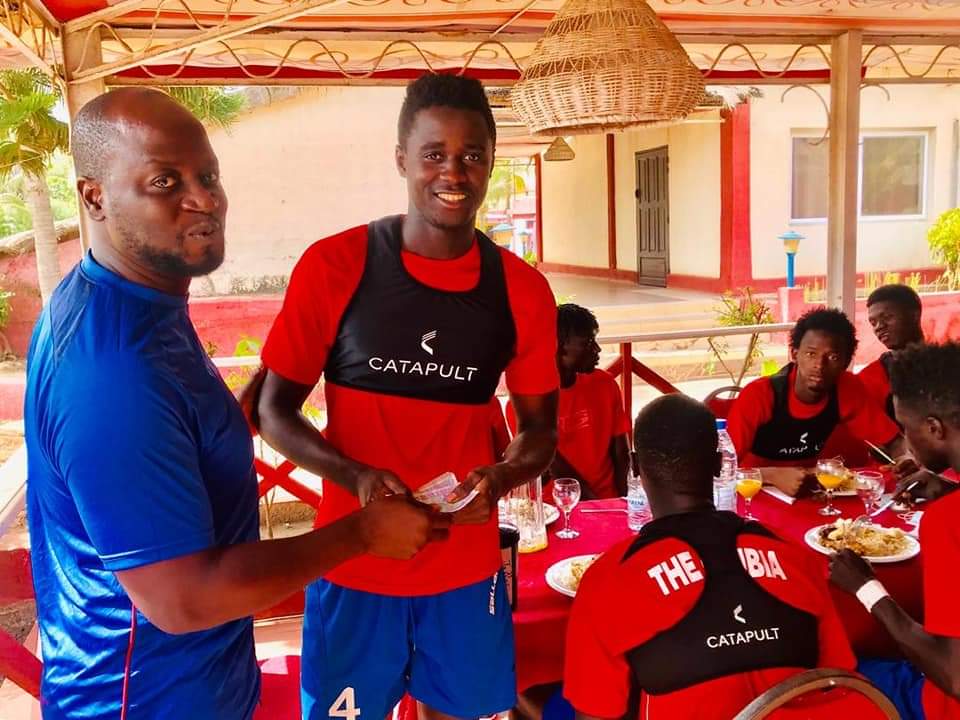 Following the Gambia’s progress to the Semi Finals of the West Africa Football Union (Wafu) Zone A U20 tournament in Thies, the Head of delegation for the Gambia Young Scorpions Mr Abdou Karim Sey has on Wednesday 25th November 2020 presented a cash reward of 110,000:00CFA to the Young Scorpions for their performance that resulted to the Gambia’s booking of a Semi Final berth at the tournament.

Mr Sey who also serves as President of the West Coast Regional Football Association said the cash is meant to boost the morals of the team and thus encouraged them to perform better in the service of their nation. “ I am so proud of your team work and performance in the game and I believe so is the entire nation. I want you to continue working harder and serve the country with utmost discipline”, he said.

Handing over the cash to the team Captain, Head Coach Mattar M’Boge expressed delight on the gesture which he described as patriotic. He urged the boys to work harder and focus on the positives.