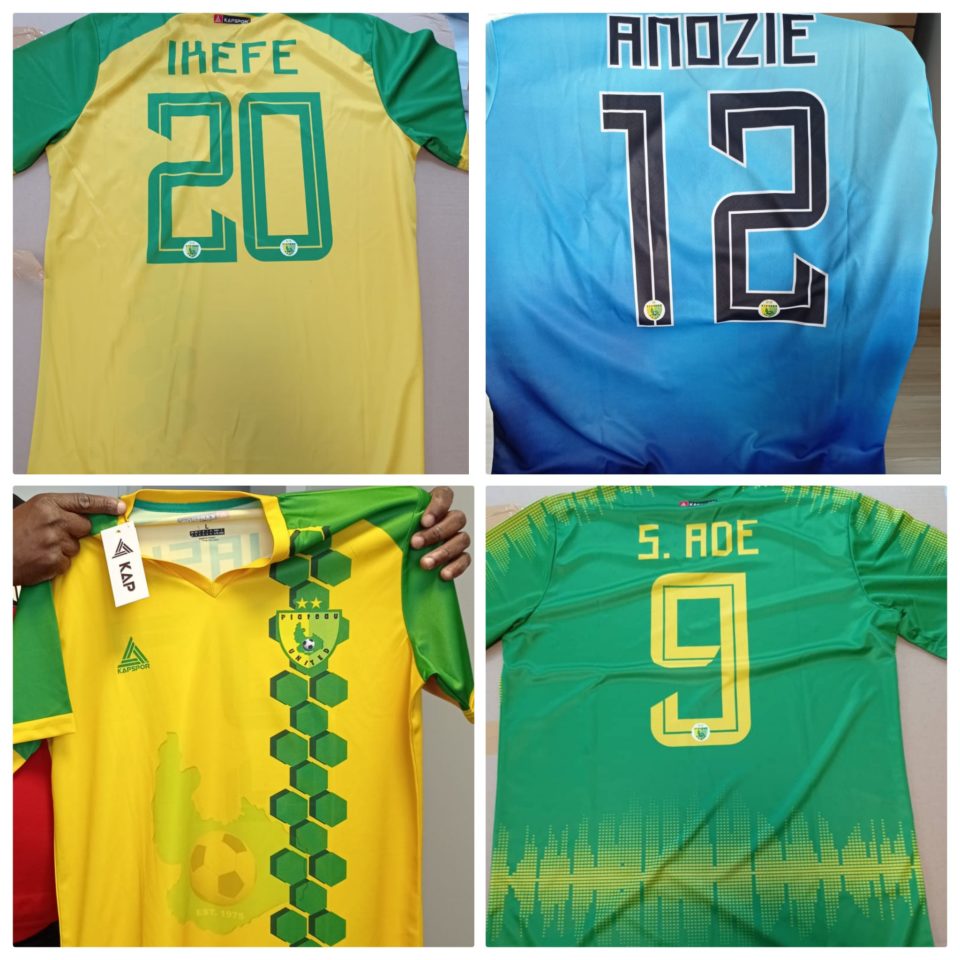 The moral of Plateau United Football Club of Jos has received a big boost ahead of the commencement of the CAF Champions League and the Nigeria Professional Football League following the arrival of the club new kits from its sponsors from Turkey.

The club manufacturers, Kapspor , kept to their promise of delivering the jersey in the time ahead of the team,s CAF Champions League preliminary round first leg tie against Simba of Tanzania on Sunday at the Jos international stadium.

General Manager of the club, Pius Henwan who received the consignment on behalf of the team, explained that the kits are that of the players, technical crew and other backroom staff while the replica which will be sold to public will soon arrive.

Henwan who was impressed with the new set of kits appreciated the sponsors for keeping to their promise stressing that gesture will also help boost the morale of the team.

He thanked governor Simon Lalong for his unflinching support to the team and assured that the players will not let him down come Sunday as they host the East African powerhouse.

” That goes to show his love and passion for the team which remains unshakable and as management of the club, we are assuring the governor that come Sunday, we shall not let him and Nigerians down

The is the second season Kapspor is kitting the club after signing a two-year contract with the Turkish kits manufacturing company.

Meanwhile, arrangements have been concluded to unveil the club new kits this season on Saturday ahead of the Sunday CAF Champions League showdown.

The General Manager who disclosed that the new jerseys will be unveiled alongside the new players added that the new kits will also be used for the CAF Champions League and the Nigeria Professional Football League.