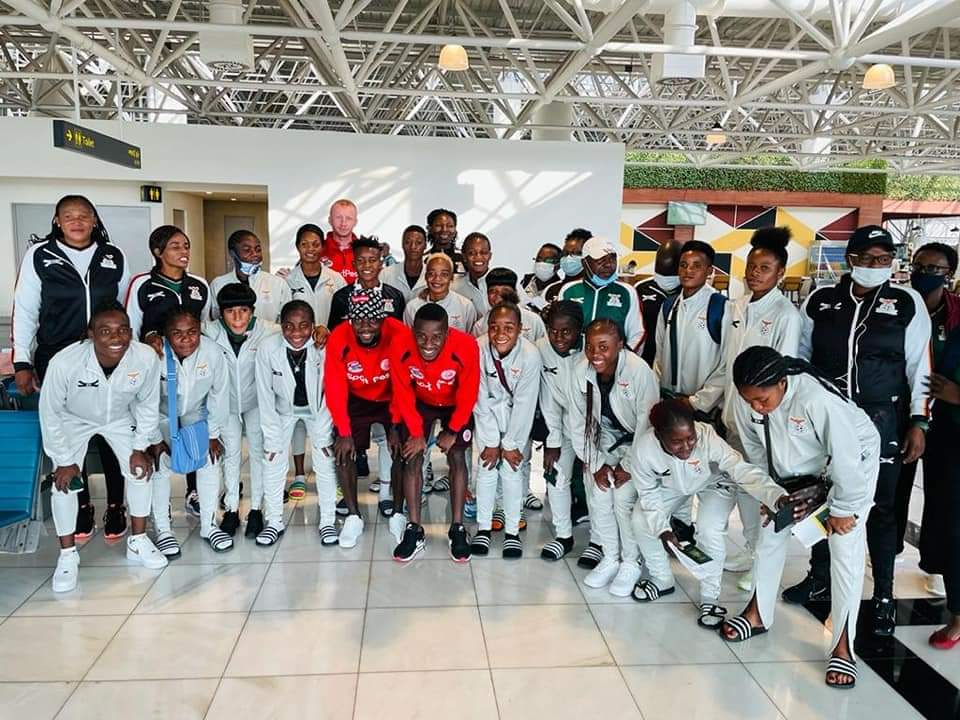 The Copper Queens have settled in Santiago ahead of Saturday’s first of two international friendly matches against Chile.

Bruce Mwape’s lasses that has four foreign based players sentimentally christened the ‘Fantastic Four’ arrived at 11:27 hours on 26th November at the Arturo Merino Benitez Airport.

The team was run through the now mandatory Covid-19 formalities at the airport.

Israel based Mary Mwakapila was the last to join the team with Rachael Nachula and Hellen Mubanga who are on the books of CFF Zaragoza in Spain linking up with the squad in Ethiopia.

Skipper Barbara Banda left with the team in Zambia as she is on her off season break with the Chinese league on recess.

The two international friendly matches are part of preparations for the Tokyo 2020 Olympic Games where Zambia already qualified.

Chile must see off Cameroon in a play-off showdown next year to have an opportunity to qualify.

The match will be a good boost for the Copper Queens who start early preps for the Tokyo 2020 Games that will be staged in Japan next year.