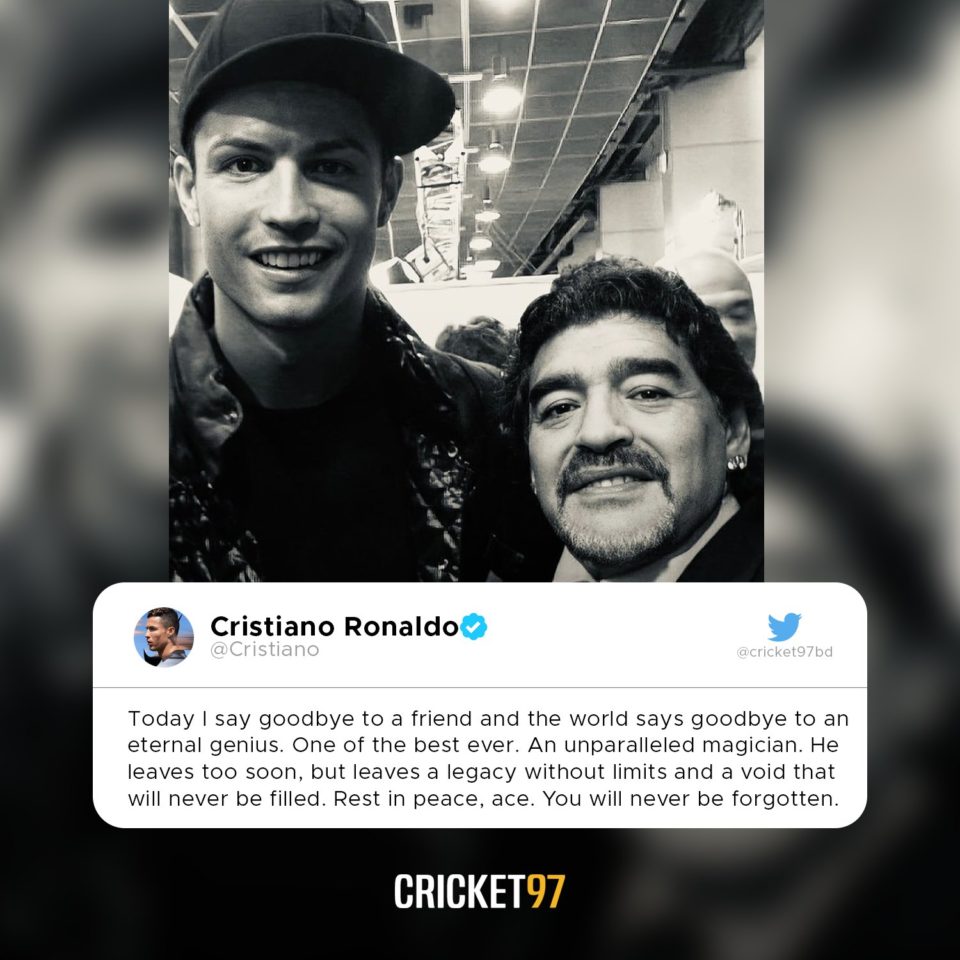 Cristiano Ronaldo has joined in with the football world’s mourning over the death of Diego Maradona.

The Portuguese star shared a message in which he balled the Argentine as a friend and a genius.

“Today I say goodbye to a friend and the world says goodbye to an eternal genius,” Ronaldo wrote on social media.

“One of the best ever. An unparalleled magician. He leaves too soon, but leaves a legacy without limits and a void that will never be filled.

“Rest in peace, legend. You will never be forgotten.”

Ronaldo also recently sent a birthday message to Maradona, when he turned 60 on October 30.