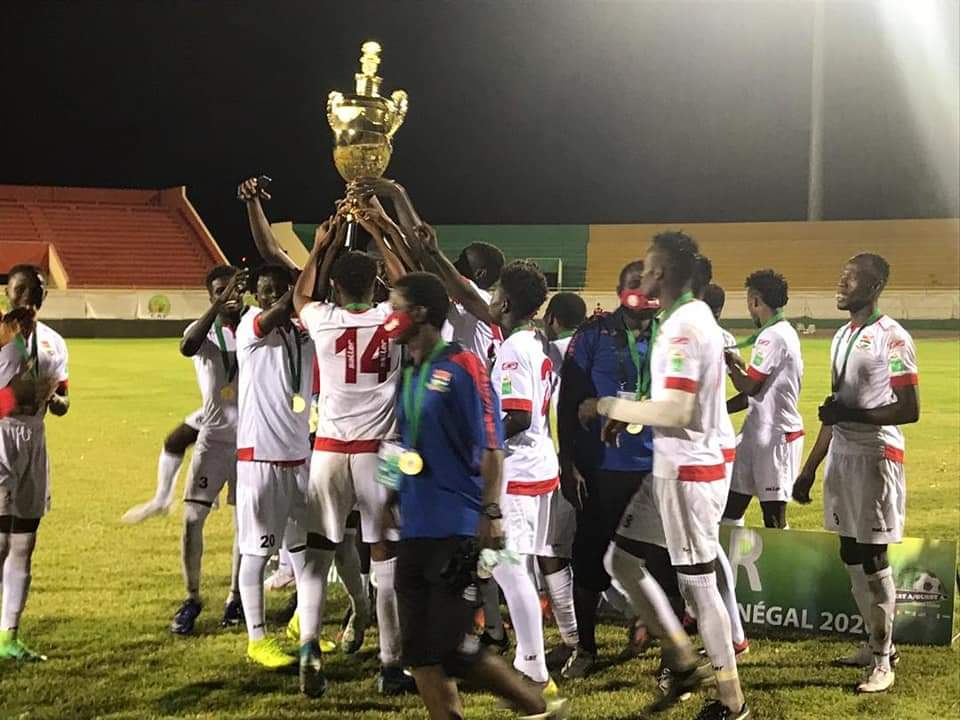 Habibou Mendy opened the scoring for the Young Scorpions 4 minutes from the kick-off when Alieu Barry perfectly piled an assist to put their noses in front before Senegal’s John Loppy equalized on the 42nd minute to settle for a draw at the first half.

The Young Scorpions determined and focused for revenge after their disappointing opener, went into in a dominant display and composure coming from the locker room although with much pressure by the hosts.

Playmaker and fans favourite Kajally Drammeh put up a nimble-footed run through beating past two defenders to release a long-range shot 12mins after the restart to put the Gambia back to the lead.

The Gambia eventually loses possession which Senegal picks up and capitalised on a weak Gambia defence for forwarding Libasse Gueye to hit the back of the net and equalling the scores 2-2 all.

The proceedings continued but not much difference was sorted and thus the full time ended 2-2 that propelled for extra time to decide the outright winners.

Gambia’s Lamin Camara was sent off at the brink of stoppage time but the determined Young Scorpions with their mentality of “never give up” would take their sweat and blood for Jersey to the end with a man down, they continued pressuring with chances but couldn’t get a goal until the extra time exhausted and had to be decided on post penalties.

Young Scorpions Goalkeeper Lamin Saidy was the saviour of the night when he pulled off two brilliant saves to give the Scorpions 4-3 win over the host.
The win is the second in three years for the Young Scorpions after their 2018 silverware in Liberia where they became Champions and 2019 in Guinea as Semifinalists.

At the Final on Sunday, Gambia Coach Mattar Mboge received “The Best Coach of the tournament” award.
As champions, the Gambia earns qualification to the Africa U20 tournament in Mauritania 2021 and would be joined by other winners in the region.

Present at the final was GFF President Lamin Kaba Bajo, Minister of Youth and Sports Hon Bakary Y Badjie and Executive Director National Sports Council Mr Marcel Mendy. Mr Bajo congratulated the Young Scorpions for their deserved win and expressed on behalf of the GFF and football family in the Gambia about the GFF and government’s resolve to support the Young Scorpions all the way.

He thanked the Coach Mattar Mboge, Technical staff and the players for a job well done while encouraging them to work much harder for the bigger tournament in 2021.