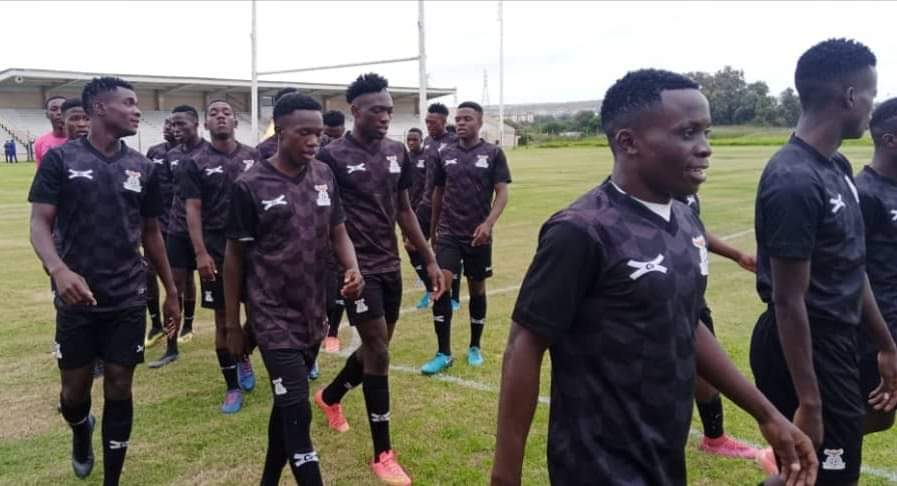 The Zambia Under-20 Men’s National Team this afternoon begins its quest to defend the COSAFA title against Namibia.

The Young Chipolopolo begin the journey as the most successful side with eleven titles to their name winning the 11th title on home soil in 2019 with a 100 percent record.

En-route to bashing South Africa 3-0 in the finals, Zambia beat Botswana 5-0 , Comoros 2-0 and Malawi 2-1 before humbling fancied side Angola 3-0 in the semi-finals.

For this year’s tournament, Coach Perry Mutapa has a blend of new players and some from last year’s winning squad but is very keen to defend the title.

“The team is ready, the first game in the tournament is always important, we are not taking anything forgranted.We have worked hard so far and we should show it by winning our first game today,” Mutapa said.

“Nothing in life is easy, everyone is expecting us to defend the title, even us we are expecting ourselves to defend the title and qualify to the Africa Cup and we hope we going to overcome this hurdle as difficult as it is we have been training and what we want we have to make sure we work on it 100 percent, ” he added.

Kabwe Youth Soccer Academy goalminder Patrick Chooma is expected to start between the sticks with John Chishimba, Andrew Phiri, Mathews Chabala and Golden Mafwenta making up the back four. Issah Kazembe and Peter Chikola also have a very good chance of making the starting line up.

On the wings Martin Njobvu and Golden Mashata are likely to start with Elliot Kampukesa expected to come on as a game changer from the bench.

Ricky Banda is expected to start upfront ahead of Derrick Bulaya with Jimmy Mukeya taking up the second striker role to complete a strong squad for the Young Copper Bullets.

His Namibian counterpart James Britz has promoted a number of players from the national Under-17 team, including forward Prins Tjueza, who was top-scorer at the 2018 COSAFA Men’s Under-17 Championship. He hopes Tjueza can help his squad to reach their target of a semifinal slot.

Namibia are making a return to the tournament after missing the last two editions with their last appearance being in 2017 when they failed to get past the group stage. Their best finish at the tournament came back in 2007 when they finished fourth.

Zambia will complete their group B matches with clashes against Comoros and Malawi on Monday and Wednesday respectively. Only the top team from each group will qualify to the semifinal stage alongside the best placed runner up.

The two teams that will reach the final of the 2020 COSAFA Men’s Under-20 Championship Championship will qualify for the TOTAL 2021 Under-20 Africa Cup in Mauritania.