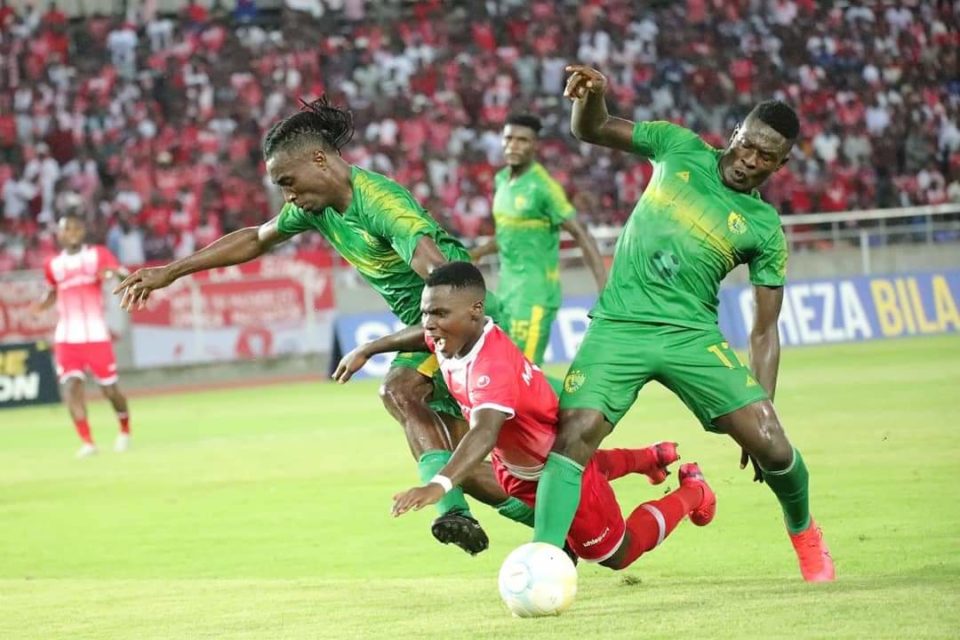 Nigeria representatives in CAF Club competitions, Plateau United and Kano Pillars were eliminated on Saturday after both teams played a goalless draw in the return fixture.

Nigeria CAF Champions League representative Plateau United failed to overturn the 1-0 deficit recorded at home in the first leg of the preliminary fixture with a goalless against Simba SC of Tanzania.

The peace boys have earlier lost the first leg encounter in Jos before playing the goalless draw in Dar es Salaam.

In CAF Confederation, Kano Pillars were also eliminated by AS Jaraaf FC of Senegal in Kaduna.

Sai Maisu Gida who lost the first leg encounter 3-1 in Senegal failed to score any goal to reduce the deficit.

“The game was successful. Though in the first game, poor officiating from two offside goals against us.”

“We deserved two penalties in today’s game and were denied.”

“The officiating was bad. If you have a good referee, the game would have been good,” – Coach Lionel Emmanuel Social

The elimination of Kano Pillars and Plateau United leave Rivers United who also lost the first leg away to Equatorial Guinea and two times CAF champions league winners, Enyimba as the remaining teams from Nigeria in the CAF Clubs competition.