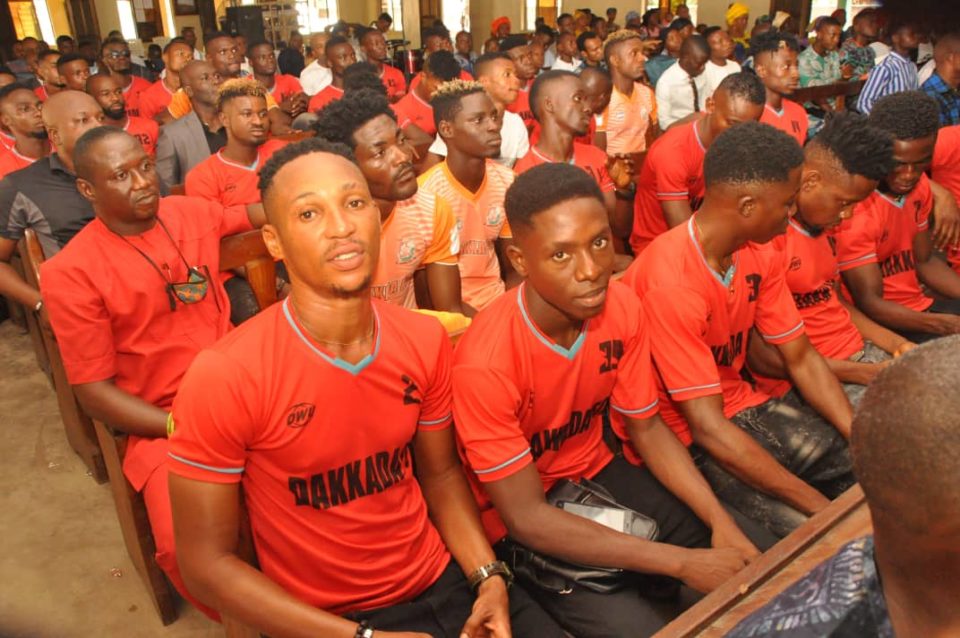 Dakka Football Club has been charged to allow God to take the centre-stage of all their endeavours in the upcoming new football season.

The District Pastor of The Apostolic Church Nigeria, Afaha Oku District, Uyo, Pastor Okon Harrison, gave the charge, Sunday, during a special thanksgiving service organized at the instance of the Uyo-based NPFL outfit to commit the 2020/2021 Nigeria football league season to God.

The service which featured special prayers, thanksgiving, praise and worship, was attended by all the players, coaches, ad hoc and management staff members as well as friends of Dakkada Football Club.

In his sermon, Pastor Okon noted that “God does not forsake all those who diligently seek Him like Dakkada Football Club have done today” and enjoined them to “call onto God at the beginning of everything they set out to do throughout the new football season”.

While making prophetic declarations for the football club ahead of the new season, Pastor Okon also blessed them and offered special intercessory prayers.

In his remarks, the Chairman of Dakkada Football Club, Coach Aniedi Dickson, appreciated God for standing by the team all through the rigours of last season and described the club as God’s special project.

“Last season, we crisscrossed the length and breadth of this country to execute matches including volatile regions of insecurity but God stood by us because we also committed last season into His Hands. This is why we have come here again today to also commit the upcoming 2020/2021 Nigeria football league season into the almighty Hand of God and we trust He will not fail us”, Mr Dickson added.

Coach Dickson thanked the Governor of Akwa Ibom State, Mr Udom Emmanuel for being a reliable supporter of the club and appreciated the state’s Commissioner for Youth and Sports, Sir Monday Uko for offering his team the enabling working environment and “robust relationship” to thrive and pledged to work assiduously with all facets of the club to bring glory to the state in the upcoming season.

Also in attendance were the Director of Sports, Coach Lawrence Iquaibom, who represented the Commissioner for Youth and Sports, the representative of the Senior Special Assistant (Sports) to the Governor, Elder Paul Bassey, a former member for Ukanafun state constituency at the House of Assembly, Honourable Saturday Akpan, the state Chairman of football stakeholders’ coordinating committee, Obong Isong Isang, the President of Uyo All-Stars, Engineer Best Umoh, among many others.

Dakka FC would be a way to neighbours, Akwa United, on Match Day One when the new NPFL season gets underway expectedly this Sunday.