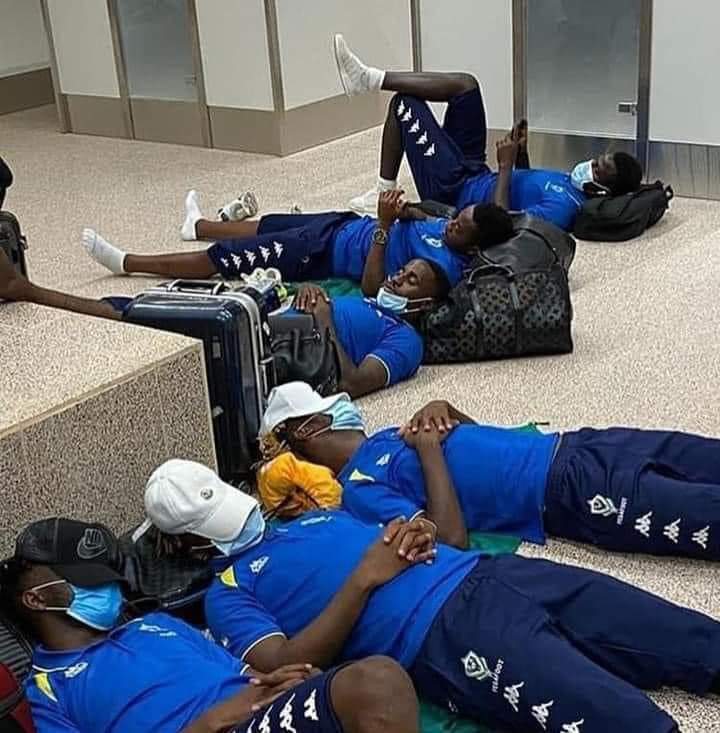 After Pictures of stranded Gabonese team sleeping on the floor, Banjul International Airport on Matchday of Cameroon 2021 Africa Cup of Nations Qualifiers went viral, the Africa football Governing body has found the Gambia Football Federation guilty of breaking the rules of fair play.

The Gambian federation did not comply with the loyalty, integrity and sportsmanship values and rules of Fair Play concerning the reception of the Gabonese Delegation. The Disciplinary Board decided to impose upon the Gambian federation a fine of 100.000 USD (One Hundred Thousand US Dollars) of which 50.000 USD (Fifty Thousand US Dollars) according to terms of the CAF Statutes & Regulations and in terms of Articles 10, 11, 43.1, 46, 83 and 151 of the Disciplinary Code.

The Gambia Football Federation will face two years suspension if found guilty of a similar offence within twenty-four (24) months.