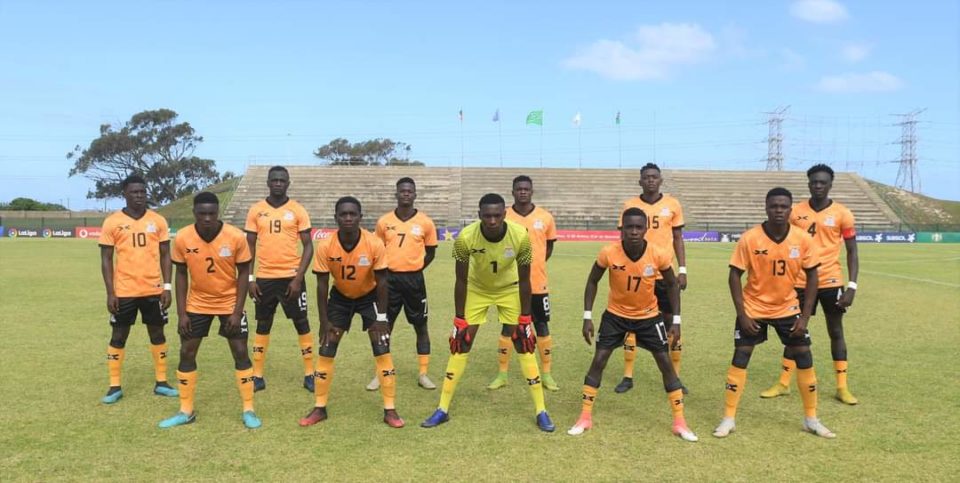 Zambia take on Mozambique this afternoon in the 2020 COSAFA Men’s Under-20 Championship at Wolfson stadium in Port Elizabeth with their eyes set for the top prize.

The Young Chipolopolo have had a great run in the competition, winning all their Group B matches to maintain a 100 per cent record which saw them record a 1-0 win over Namibia and 2-0 victories over Comoros and Malawi to set-up a semi-final clash against fellow unbeaten side Mozambique.

En-route to the last four, Mozambique finished Group A above hosts South Africa. The Young Mambas beat Lesotho and Zimbabwe 1-0 and 2-0 respectively before ending their Group engagement with a goalless draw against South Africa.

SuperSport will broadcast live coverage of the match which will kick-off at 15:30hours. The other semi-final involving Angola and Namibia will be played at 12:00hours and will also be broadcast on SuperSport Variety 4 (Channel 209).

A win for Perry Mutapa’s charges will see them qualify for the 2021 Mauritania Africa Under-20 Cup of Nations. Mutapa, who himself appeared at the U-20 AFCON tournament during his playing days, believes today’s match is important for his players.

“It will be a very tough game, Mozambique is playing well and is yet to lose a game or concede a goal like us, So it will be a meeting of two giants. We just hope the weather will be fine for football because the weather here is very terrible but our mission is to qualify for the Africa cup hence our focus is to win the game,” Mutapa said.

“We don’t expect anything but to qualify and defend the title.”

Patrick Chooma , who has kept a clean sheet in all the matches, is expected to start in goal with Golden Mafwenta, Mathews Chabala, John Chishimba and Andrew Phiri making up the back four.­

In midfield Muma Mumba has proved to be the first choice defensive midfielder and will most likely start with either Prince Mumba or Joshua Mutale partnering him. Mutapa may also start Patrick Gondwe who has shaken off a knock he sustained in the opening match.

Ricky Banda or Derrick Bulaya will lead the attack while Chipyoka Songa, Martin Njobvu and Elliot Kampukesa may play on either wing. Two goal hero in the win against Malawi Jimmy Mukeya is expected to start just behind the main striker.

TV BROADCAST
Both matches will be broadcast on SuperSport Variety 4 (Channel 209).