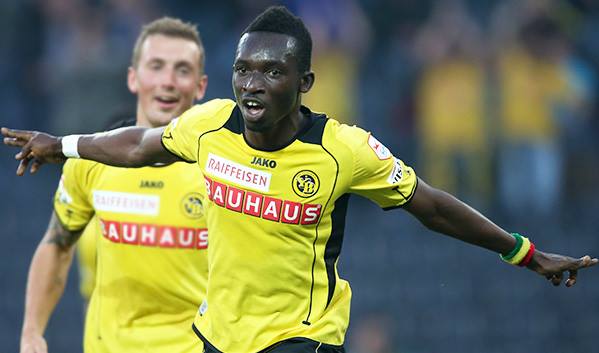 The 29-year old goal poacher is currently in talks with the Continental Club Masters to make a return back to the Capital based club after having several years of spell in abroad.

Newly appointed head coach of the Premiership club Kosta Papic is keen on bringing the attacker back to the club as he seeks to reform dangling Accra Hearts of Oak who are yet to win their first game of the 2020/21 Ghana Premier League season.

They are looking to recruit the former Wadi Degla SC striker for the ongoing Premier League campaign. Afum is already in Ghana after parting ways with Spartak.

According to source, manager Kosta Papic says Samuel Afum will fit his style since he already knows the domestic league and has experience.

He will be brought in to sharpen the Phobias upfront who already have Abednego Tetteh and Obeng Junior.

The prolific goal scorer featured for Accra Hearts of Oak in the 2009-10 season and was Ghana Premier League joint top scorer with 13 goals before moving to Smouha Sporting Club in Egypt.