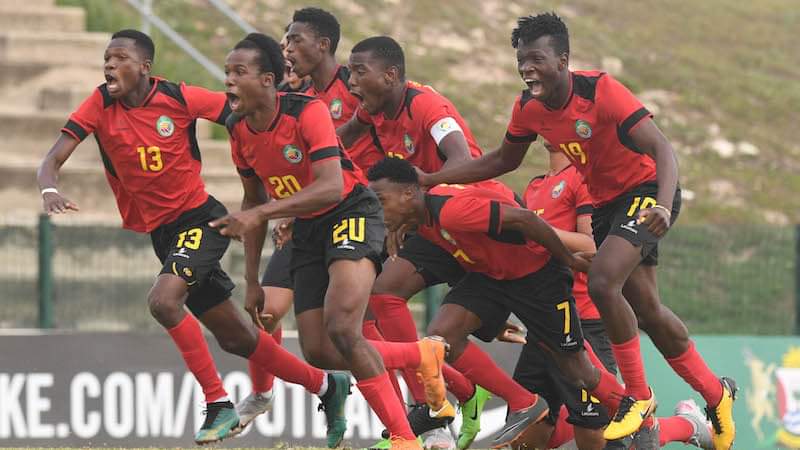 Mozambique and Namibia will contest the final of the COSAFA Qualifiers for TOTAL U-20 AFCON, Mauritania 2021 after winning through hard-fought knockout matches in Nelson Mandela Bay on Friday.

The duo have also sealed their place at the continental showpiece event next year and stay on track to potentially reach the 2021 FIFA World Cup.

It also ensures we will have a new winner of the regional showpiece event, with neither Mozambique or Namibia having lifted the trophy before.

The incident angered the Mozambican bench and coach Dario Monteiro was also sent to the stands.

It was a shock result after Zambia had breezed into the semifinals, but they will not be able to add to their 11 previous title wins this year.

Namibia claimed their place in the final with a hard-fought 1-0 victory over Angola that was played in very windy conditions at the Wolfson Stadium.

Angola had much of the play, but Namibia seized the moment when it presented itself and took their chance.

Captain Steven Damaseb, who had scored the goal against the Comoros that got Namibia into the semifinals, lined-up a long-range free-kick.

His effort was caught by the wind and swerved at the last moment, beating Angola goalkeeper Manuel Antonio with a shot that the latter would have felt he should save.

The final two games of the competition on Sunday, which includes a third-place play-off between Angola and Zambia, will be played at the magnificent Nelson Mandela Bay Stadium, the iconic 2010 FIFA World Cup venue that will be a glorious, fitting stage for the finale to what has been an extraordinary year for COSAFA and its competitions.

The final will kick-off at 15h00 and the bronze medal match before that at 12h00.

The Player of the Tournament, who will be announced after the final on Sunday, will travel to Spain next year for an experience with top LaLiga side Villarreal CF, where he will train, meet the players and understand what it takes to be a professional in one of the world’s elite leagues.