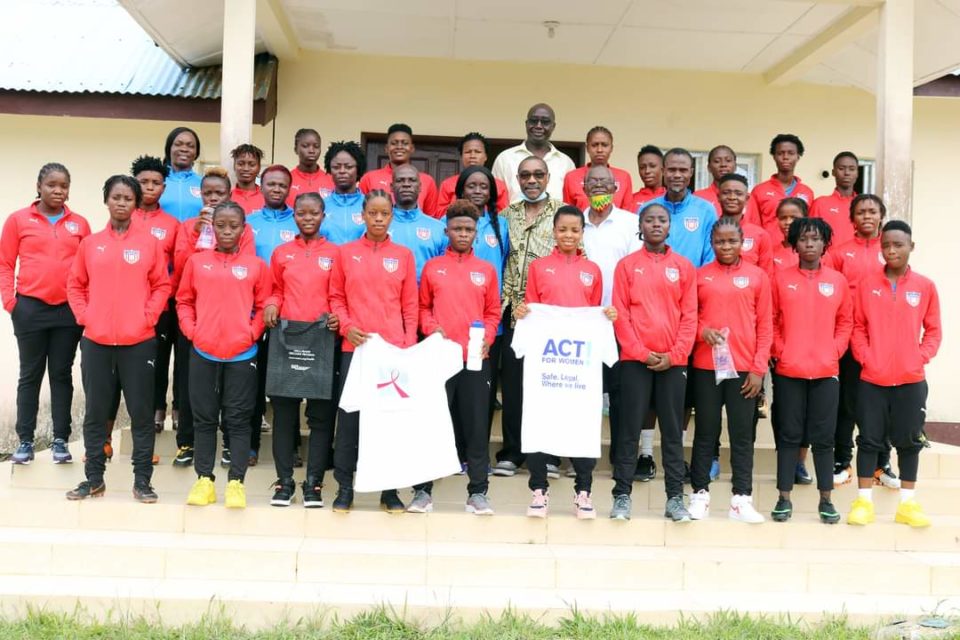 Alfred Anderson, a Liberian based in the United States of America, has identified with the women’s under-17 squad ahead of their international friendlies with Morocco.

He donated a bag containing 93 t-shirts, 25 bottles to keep water or juice, 76 batches/pins and 31 rain coats at the George Weah technical center in Careysburg on 16 December.

The donation was received by LFA Vice President Sekou Konneh, who thanked Anderson for his patriotic and unsolicited support to women’s football.

Liberia will now meet Morocco at the Antoinette Tubman Stadium (ATS) on 24 December and 28 December.

A Moroccan delegation will arrive on 20 December in Monrovia to honor the friendlies and depart for Rabat on 29 December.

The friendlies are part of a technical cooperation agreement reached between LFA President Mustapha Raji and Royal Moroccan Football Federation President Faouzi Lekjaa on the sidelines of a Fifa-sponsored seminar on football development and infrastructures in Rabat on 1 February.

Liberia women’s under-17 head coach Jenkins Doe has called-up 25 players for the friendlies.