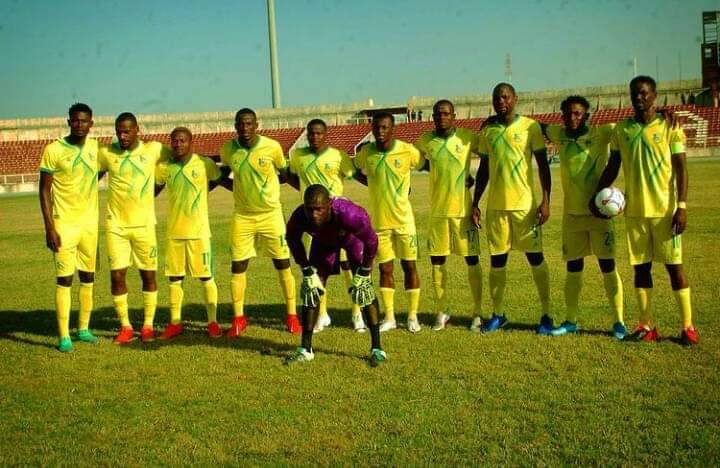 The management board of Kano Pillars FC has disbanded/demolished its Team-C players and coaches with immediate effect.

This was contained in a statement signed by the Assistant Secretary of the club, Abubakar Sani Hassan and made available at the club official website shortly after the board meeting on Tuesday in Kano.

The Team-C is one of the feeder teams created by the management as an avenue to give chance to the club’s fringe players and the chance to expose themselves as well as the process for the younger players to accelerates the process of their football careers.

The statement said the decision is part of the club’s management determination to reshaping the main team ahead of the forthcoming 2020/21 Nigeria Professional Football League season.

The management thanked the affected players and their coaching crew for their contributions to the club during their engagement with the team.

In a related development, the management of the club has reaffirmed that any player in the main team that is not ready to give his best would not be allowed to continue playing for the club.

The statement, therefore, charged the remaining players and technical crew to remain focus and tight their belts for the task ahead.

The management finally thanked the Executive Governor of Kano State, Dr Abdullahi Umar Ganduje for his untiring support and promised to compensate him with the Nigeria Professional Football League title after their earlier ouster from the CAF Confederation Cup.

The Sai Masu Gida were this week resumed training at the Abdullahi Umar Ganduje Stadium, Dawakin Kudu ahead of 2020/21 Nigeria Professional Football League season and would open their campaign away to Adamawa Utd.